Let me just say that 2011 has NOT been the year for new music that 2010 was. Don't get me wrong, there's still plenty out there worth listening to, but as far as album releases go, I haven't been all that inspired. Granted, last summer was a tough act to follow. The one-two punch of new Scissor Sisters and Kylie Minogue - and the fact that they actually delivered - started things off right. A handful of great singles from Marina & The Diamonds, Keane and Goldfrapp (among others) rounded out the edges.

I suppose it didn't help that the Stevie Nicks album was so anticlimactic. I keep thinking I'll go back to it and give it another try, but in so many places, it just doesn't sound like Stevie. Thankfully, there have been some album releases that have caught my attention. Here are three that are in heavy rotation right now. 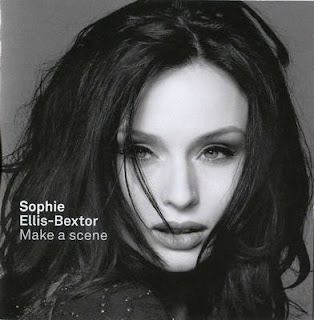 Sophie Ellis-Bextor / Make A Scene
Let's get one thing out of the way - Sophie is not much of an album artist. Like Bananarama, I think of her more for memorable songs rather than albums. Yes, pretty much everything on Make A Scene sounds the same. Even though I've listened to it many times, I still have a hard time knowing what the song is without looking at my iPod. This, however, is not a bad thing when you make dance-pop music with as much reckless abandon as Sophie Ellis-Bextor. Even though she's one of those people that, when I'm listening to her, I find myself wondering "exactly HOW are you famous?" I don't really care.

This album doesn't deviate terribly from the formula that made Trip The Light Fantastic a damn fun listen back in 2006. Again, if it isn't broken, why fix it? I think the thing that endears me most to Sophie is her very pronounced British accent in her singing. It's not "Heartbreak Make Me A Dancer", it's "Heartbreak Make Me A DAHNCER." Any "-ance" word you can think of Sophie turns into an "-ahnce" word. Highlights for me are the previously mentioned "Heartbreak Make Me A Dancer", "Homewrecker", "Off & On", and "Not Giving Up On Love." She won't win any awards for variety, but for pure pop dance fun, you can't go wrong with Sophie. 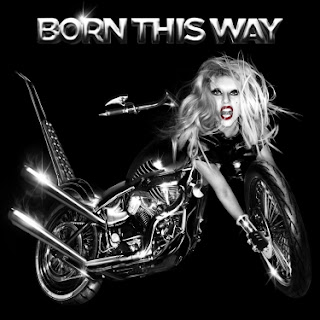 Lady Gaga / Born This Way
The year's most hyped album was bound to disappoint, right? Well, it depends on your expectations. If you were expecting a masterpiece and piece of Very Important Work from Born This Way, then yes, you were probably disappointed. It's not your fault entirely though, because that's how Lady Gaga has been billing it since February. But if, instead, you were just expecting a very solid pop album, then your prayers were answered. Yes, the Gaga album is solid, with only a few throwaway tracks - and even some of those are growing on me. I initially liked the ubiquitous title track, and then really didn't like it very much. I've always kind of felt that the problem with "Born This Way" the song is its production. Too clunky, not sleek enough. It kind of broke under its own self-importance. Some of the remixes, the Grum remix in particular, took care of this little problem. "Judas" was kind of a misfire, but works better as the album track it probably should have stayed. But there are so many great pop songs on Born This Way. I'm not going to review it - many have done so much better than I ever could - but for me, the standout song is "Electric Chapel" in which Gaga channels Debbie Harry, the woman to whom all the female divas owe at least a small debt of gratitude. Other favorites include "Hair", "The Edge of Glory" (thumbs down from Heidi, though), and "Government Hooker." Even though Lady Gaga wanted it to change the world, it won't. But it is a great summer record. 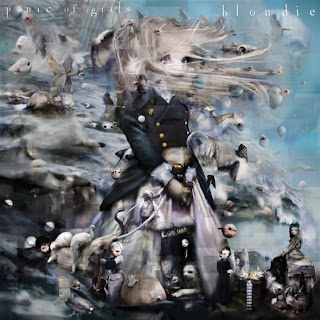 Blondie / Panic of Girls
This was the most unexpected fantastic album so far this year. Panic of Girls has been gestating for over a year now. The cover art came out LAST summer. I figured that anything in the can that long has overcooked and won't be any good. It also doesn't help that I have only sort of liked the last two Blondie albums. No Exit was mostly good but befouled by a few really bad songs and I disliked more of The Curse of Blondie than I liked. Debbie's solo work has been equally uneven - 2007's Necessary Evil had some high points but was only okay in the end. So I was more than a little worried about Panic of Girls.

My worry was for nothing. Panic of Girls is easily Blondie's tightest and most focused record in ages. It's accessible pop but also has a touch of light reggae in it. Debbie, who is 66 freaking years old in a month, sounds just like she did in the late 70s and early 80s. Much like Dolly Parton, her voice has not aged a single bit. The first six songs are among Blondie's finest latter day work and for my money, there isn't really a dud track on the album. Not surprisingly, my favorite tracks on the album come from those first 6 tracks, with the best song on the album being "Love Doesn't Frighten Me." It's so fantastic when a band can come together and deliver an album like this, especially after so many missteps. It's especially reassuring because with Blondie and Debbie Harry (and so many of the artists that I like who are getting a bit long in the tooth), you never know when an album might be their last.

What we really need now is a new Madonna album. It's time for her to come roaring back and show everyone how it's done. But until then, I'm sure these three albums will get plenty of play this summer.
Posted by Dan at 6/05/2011 08:25:00 PM

I have been "forced" to listen to Gaga's new album twice now, and in the same way that you can understand why haters hate it and yet still like it, I can say it is a very solid pop album, yet still not like it.
There are only a couple of songs that will make me leave the room if I'm around when they come on. And a couple that could grow on me if given the chance. I actually bought "Edge of Glory"