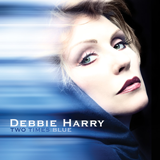 Well, word from Arjanwrites this morning is that Debbie Harry's new CD has been pushed back to JANUARY of NEXT YEAR which I realize is just a delay of a few months, but WTF? I know that I'm probably one of about 10 people eagerly awaiting this release, but still!

My source told me it's not a great record, so maybe she'll beef it up?

I hope it's super beefed up and that she'll get some radio play with it too. :)

It's not a great record (I have it and reviewed it on my blog), but it has a few great songs and lots of interesting stuff on it. The production is not as obvious as Debravation, but it's also not superaccessible. And it's got 17 tracks, so at least she's not being stingy! (PS: Dan: I love your blog.)