Ladies and gentlemen, listen up please

So the other day, I had a rather unpleasant encounter with someone. I will not go into either excruciating or even general details as I might normally because it deals with work. There are many things that end up on this blog. Specifics about my work is not and never will be one of them. Oddly enough, I feel more comfortable exposing myself and my own insecurities to the faceless internet than I do talking about my job. This is probably smart as having a job is good and not having one does not keep food on the table for very long.

Anyway, I was saying. I had an unpleasant encounter with someone. It pushed me way way WAY outside my comfort zone as I usually just like to avoid the conflict and hope it goes away. I prefer to refer to this as choosing my battles although many others recognize it for what I know it to be in my heart of hearts. I was getting angry with this person because they could not see the reason that was so obvious to me as well as my complete inability to change anything about the situation. I recognized that they were unhappy and in hindsight I probably should have vocalized this to them but I was so interested in getting them the hell out of my face that I forgot. By the end of the interaction, I was seething. I made an off-hand comment to one of my co-workers that I "didn't tell them what I was really thinking." Her reply to that?

Now that seems overly simplistic but it's true. There is so much stuff that I just suck up and hope just goes away that it's a wonder that I haven't exploded from it yet. But as a scientist I should know that it is never wise to forget the First Law of Thermodynamics: Energy can neither be created nor destroyed; it can only change form. And all that negative energy just takes up residence in my stomach or my brain or wherever and does nothing but damage and take years off my life. Or worse yet, it comes out of my body directed at people who don't deserve to bear the brunt of that negative energy.

But my co-worker was right, well, for the most part anyway. This is not really a shock to me for I know that I am a good Gemini. While there are (at least) two sides to everyone, I am exceptional at the duality. Light and dark, yin and yang, Jekyll & Hyde, Gollum & Smeagol, Superman & Clark Kent. That last one seems especially appropriate lately. There are days that I feel like a super hero, trying to save the day all the time for no other reason than it's the role into which I naturally fit, even though there are times that it bugs the shit out of me. And all this time, there is a secret identity, the one that has tired of doing the saving and just wishes everyone would hurry up and save themselves. That part of me needs just as much care and tending as does the super hero part of me.

Well, let me tell you, being the hero is draining. It is annoying as fuck and while I am good at it, I am going to go on record as saying that it makes me very weary. I think it is why so frequently I am exhausted at the end of the day. It's not the good kind of exhaustion--the type that you get from doing a really good job at something or accomplishing something spectacular. It is the kind of exhaustion that comes from having to push through everything and completely deny yourself all the creature comforts that, by rights, you should allow yourself. And then, at the end of the day, instead of taking care of yourself, you work to distract yourself with this or that or the other thing. And all that's left are the scraps you left after having spent the whole day feeling like an Ood. (watch out, that link has spoilers for an upcoming Doctor Who ep if you're watching on Sci-Fi.) 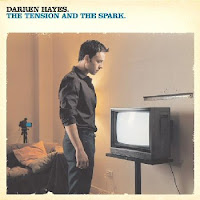 The funny thing is that while a lot of this came to a head the other day in reaction to the encounter I had, it's been going on in the back of my brain for quite some time. So much so that a couple weeks ago when I was listening to my iPod one day walking to who knows where, Darren Hayes' song "Hero" came on. I am fond of saying that if a pop song doesn't know how you're feeling, there's really no point to the song. But this one? Well, it is pretty much spot on. In the lyrics, he says pretty much exactly what I sometimes want to say, only it's set to a cool pop beat and, surprise surprise, it's in a minor key.

I was trying to hide my opposing sides
Trying to reconcile my Jekyll and Hyde.
Ladies and gentlemen, listen up please
I don't wanna be your hero
(No, I am not open
Parts of me are broken)
Do yourself a favor, save yourself
Don't pick me, find someone else.
(Why'd you want to bother
Find yourself another.)

Good God, talk about words I wish I had written. Or words I could have written.

I think ultimately, as so many things in my life are, it's all about balance. But balance is tricky and not always the easiest thing in the world to come by.

Who knows what the point of this post was, probably just another patented Dan thinking out loud post. But when these kinds of posts stop, you'll know that I have been replaced by a pod person.

Watch this fan made video to "Hero" below. I love this song. It is quite possibly in my top 3 favorite Darren Hayes songs.

Yeah. Yesterday, someone essentially said to me, "I haven't taken care of that yet because I knew you would be here to rescue me." That's when I knew I'd been enabling.

You are having a Darren moment!

I sometimes do say what I am thinking and, even if it is done with some measure of decorum, it taxes me anyway. I was treated rudely by someone today and I took it more to heart than I needed. In the end, my solution is to stop doing business with that person (which is easy), but there is nothing wrong with playing it cool either and not letting the person know how you feel - IF you can extract yourself from having to deal with them in the future. Sometimes people want to upset you and the more they do, the more they win. It's sick.