A couple days ago, this post arrived in my inbox via Matt, who had also forwarded it to Bess. I read it with great interest as lists of songs always pique my interest. Because I am me, I started wondering what my next 10 songs would be. So, I emailed both Matt and Bess and suggested we do this on our blogs. Today I put the iPod on shuffle (all 5600+ songs) and here's what came up, plus or minus a few that I didn't really have all that much to say about. It's quite a motley mix of stuff, but the common thread through all of these is me. Naturally. Because it's all about me. ;) 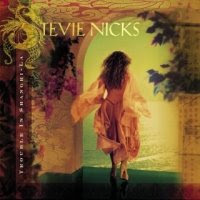 Planets of the Universe / Stevie Nicks
What a latter-day Stevie classic this is, although it has taken 30 years to get it recorded (the original demo is called "No Light.") Her voice is great and it is lyrically one of the stronger songs from across her career, certainly of the 2000s. "You will never rule again the way you ruled me!" she screams at the scorned lover. High drama worthy of a fellow enneagram 4.

Rocket 2 U / The Jets
I haven't heard this song in ages and exactly how it ended up on my iPod I'm not sure. It's a song from that summer of '88 that had so many good songs. Can't say that this is one of the best of those songs, but it's still fun. And any song that can actually reference "All My Children" can't be all bad.

Feel For You / Bananarama
Bananarama was always much more a singles act to me, but this song from their 2005 Drama album is but one great pop song from a whole album's worth. The only problem with Drama was that it was released on the same day as Confessions on a Dance Floor (overseas anyway) so it was ignored by many in favor of the latter.

Deeper & Deeper (Live from The Girlie Show Tour) / Madonna
I think the version I have on my iPod is actually from one of the London shows. Part of the big disco set which starts with Madonna's first entrance on a disco ball (13 years before she came out of one on the Confessions Tour) and weaves its way through "Express Yourself", "Deeper & Deeper", "Why's It So Hard" and ends with "In This Life." The whole arc is really genius because it demonstrates how the advent of AIDS changed the culture. Anyway, I love this live version of "Deeper & Deeper" even though she tries to sing the breakdown part from David's Klub Mix and it just sounds like she's mooing!

Witches (Live from Uncommon Ground) / Casey Stratton
"Witches" is one of my favorite Casey Stratton songs and this was from his perfect set at Uncommon Ground that I saw in October of 2006. I am so glad that I bought the CD of the show that night because once Casey got it home and set to remaster it for release on the digital store, he realized that there was entirely too much feedback, so it never got released! The bonus part of this live version is you get to hear Casey talking about how the Chicago expressway can fuck you over and how his hair was kind of Oompa Loompa-ish that night!

Step Into The Light (Tony Moran Full Mix) / Darren Hayes
I'm not even sure how I came across this Darren Hayes mix, but it's not bad. I still prefer the original to this club ready remix (a bit too thumpa-thumpa-thumpa for even my tastes,) but it still gets the job done. 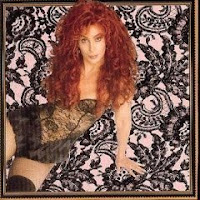 If I Could Turn Back Time / Cher
It's Cher at the height of my favorite Cher phase. There's something about the faux metal, leather mama Cher that just cracks me up! I seriously prefer this phase of Cher's career to the dance diva "Believe" phase, if you can believe that. The other thing I love about this song is that my daughter loves it. She was 3 and a half,we were in the car and this song came on. To my shock and utter delight, she started singing it. It was another "stop the paternity test!" moment, folks.

Kill You / Eminem
A little bit of Eminem goes a long way with me, and I am really not cool with the homophobic vibe that he gives off in general, not to mention the misogyny. But I kind of like him in spite of myself. If you can look past the potty mouth, he has really written some very lyrically clever songs. This is one of them. Of course, I always kind of like the f-bomb in songs, so this one is right up my alley.

Frozen (Live - Drowned World Tour) / Madonna
Two Madonna songs in the next 10 tunes did not surprise me. What did surprise me was that they were both live songs. Taken from the Drowned World Tour in 2001, this was the first live Madonna show I saw. I knew virtually nothing about the tour prior to going because of a self-imposed media blackout on all tour details. There were only two songs that I really wanted to hear -- "Frozen" and "Secret." Fortunately, I got my wish on both! This is still my favorite live performance of "Frozen," kicking off the Geisha Girl section of the tour and providing the HUGE tease of the opening notes of "Open Your Heart" at the end. Check out the video from the tour here. It was massive live. 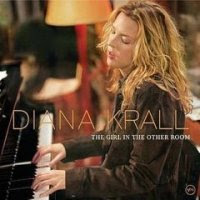 Departure Bay / Diana Krall
And for the final track, things slow down a bit. I have always had a soft spot in my heart for Diana Krall (even though one blogger I know thinks she is kind of a bitch, which may or may not be true.) Anyway, this is from The Girl In The Other Room which was kind of a (pardon the pun) departure for her. It was still jazz influenced, but it was not jazz standards like she had been performing. Instead, she wrote some of her own music, covered Joni Mitchell, Elvis Costello and Tom Waits. It's is probably my favorite album of hers still, even though her jazz standards are good as well.

Matt's 10 songs are here, and here are Bess's songs. If you want to try this, feel free. The more the merrier.

I loves me some "Planets of the Universe"...great tune

I LOVE Departure Bay. That is a great CD.

Anyway, in the early days of my blog, I used to this same kind of post!