The OTHER Chumbawumba song 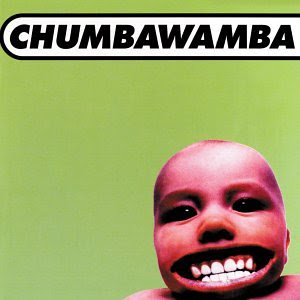 Anna has recently discovered (by virtue of yours truly) the wonders of Chumbawumba's "Tubthumping." Since it's been 13 (!) years since that song was played into the ground popular, I think I'm just about ready to start listening to it again. My sister claimed that it was played at least 3 times an hour on the local top-40 radio station back in 1997. What started out as pretty infectious and cool sounding (I GET KNOCKED DOWN...but I get up again...) became massively annoying on the millionth listen. It's been in my iTunes library since the advent of iTunes and I'm sure I had the mp3 long before then. Ignored and unloved, it languished.

Well, it ended up on the story soundtrack of one of Heidi's NaNo novels and now it's like it's 1997 all over again.

I always did quite like the dichotomy of the song - the loud and boisterous guys and their aforementioned knocked down portion, followed by the sweet female voice of the verses. It's kind of everything that's right about a novelty pop song. Trust me, a novelty song is one of the hardest things in the world to pull off and still sound good once the novelty has worn off. I never liked it enough to actually purchase the Tubthumper album. In hindsight, I am so glad I resisted that urge because believe me, it was totally there. How many people bought that album based on the strength of "Tubthumping" only to have it end up in a used CD store or a library 3 months later? I remember seeing multiple copies at just about every used CD store I frequented in the late 90s/early 00s. That said, the Ames library doesn't have a copy. For shame.

That's not to say that there are no other good songs on the album. I would argue that there's another song that's at least as good, if not better, than "Tubthumping." The follow-up single "Amnesia" (which completely failed to chart in the U.S.) is completely and utterly worthy. As ear-wormish as "Tubthumping" it contains the great lyric "do you suffer from long term memory loss...I don't remember." I think I heard it on the radio exactly once because I remember Heidi and I laughing at that lyric. Have a listen for yourself. (not the greatest copy of the video, but it's what YouTube has)

This was, amazingly, not on my iPod until just now.

Despite their one-hit wonder status here in the U.S., I was surprised to find that Chumbawumba actually has had a 30 year career in the UK! Who knew?

My friend Mary and I always like to joke about one-hit wonders and say how much better we liked their other hits vs. their one hit. The implicit suggestion in that statement is that there WERE no other hits. But I think that given the choice, "Amnesia" actually does edge out "Tubthumping" although there will always be something so fun and 90s-tastic about getting knocked down and getting up again.

And another goodie I found this morning - the country/western version of "Tubthumping." HOW do I get a copy of this? Dolly should totally cover this song in this style. Anna would, undoubtedly, prefer the original version. She's a purist that way.
Posted by Dan at 11/17/2010 06:40:00 AM

Ahhh. Tubthumping. What a weird song title, and it's so hard to resist the urge to buy the CD for just one song!

Tubthumping, apparently, is the same as "going on the stump" that politicians do here in the U.S. Who knew?

Ah yes, the days of buying the whole CD are (thankfully) long gone thanks to iTunes.