More than you know

I figure that today's a day that a large percentage of the blogosphere will be blogging about Lady Gaga's new video, which I find to be a classic spectacle video in the grand Madonna tradition. But I decided that rather than blog about Gaga, I'd blog about Martika instead. 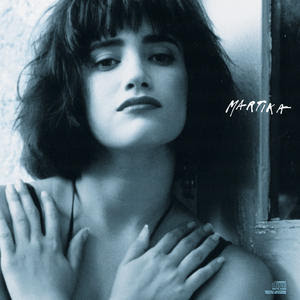 I don't know what reminded me of Martika today. Actually, scratch that - yes I do. Last night at the Oscars fete we hosted, we were listening to my Genius playlist based on Regina's "Baby Love" and Martika's "More Than You Know" was on that playlist. Martika's one of those late 80s artists that many mistake for a one-hit wonder. Her song "Toy Soldiers" was inescapable in the summer of 1989. In all honesty, I was never terribly fond of that song and it's "step by step, heart to heart" refrain.

I actually owned Martika's debut album for a while before it was sold off in one of many many attempts to streamline my CD collection. True to form, a few months after I sold it, I found myself wishing I hadn't because when it comes to late 80s pop songs, you don't get much better than "More Than You Know." It was the first of Martika's songs that I ever heard even though it took until the third single release (a cover of Carole King's "I Feel The Earth Move") to convince me to buy the album, one listen to it and you'll recognize exactly why it connected to me. It practically screams Dan.

I remember searching like CRAZY for "More Than You Know" back in the Napster days, but it proved so elusive that I almost gave up. I eventually did find it as well as "Toy Soldiers" and "I Feel The Earth Move." I even came across a "remix" (more like an extended version) of "More Than You Know." Really, it was all the Martika I figured I needed.

So why have I spent tonight blowing the last of my eMusic credit finishing out the album? Well, it is pretty solid late 80s pop. Only a couple songs are cringe-worthy - I'm still holding out on "It's Not What Your Doing" and "See If I Care" but yeah, the rest of the album is in my iTunes now. The production, while dated, still somehow manages to sound good and even though Martika's voice is wafer-thin, it's certainly better than Paula Abdul who was churning out #1 hit after #1 hit at that time.

Martika has kind of fallen off the face of the Earth - as a lot of those artists did - but she did make a follow up album that contains the Prince-penned song "Love...Thy Will Be Done" which I know almost completely due to Casey Stratton's cover of it. This video is only a partial, but he nails it.

Saying so makes me sound old, but sometimes I really miss music like this. It was music that made you feel good. When it comes to music, I'm kind of of the opinion if it doesn't feel good, don't do it. Now how many things in life do we really get to say that about?
Posted by Dan at 2/28/2011 08:43:00 PM

It's bizarre..."More Than You Know" was her first hit, but I had all but forgotten about it in the shadow of "Toy Soldiers" and "Love..Thy Will Be Done." I never connected with the whole album, but I remember liking "I Feel the Earth Move" as well.

I thought Cross My Heart was her first hit, but looking it up I see it never charted. Must have been a regional thing.
If you decide to checkout "Martika's Kitchen" someday I recommend songs 1,2,3,5,9. I don't think I listened to the others more than once, but those 5 are great.
Casey does a great cover. I really need to check him out some more. Don't know why I keep putting it off.