Apparently, Friday was Hug a Tall Person Day. Normally, I don't get into these fake, made up holidays but as someone who is fairly tall, I must say that I didn't get nearly the hugs I was hoping for. But hey, win some and lose some. It did, however, get me to thinking about my favorite tall people. Naturally, my 6-foot-tall wife and my tall-for-her-age daughter are far and away my two favorite tall people. But of course, there are some others. Who knows, maybe I would have hugged them today. No particular order, as usual.

1) Robert Wadlow
According to the Guinness Book of World Records, he was the tallest person that ever lived, measuring 8'11" (or something like that.) I can't even imagine being that tall. Anyway, Wadlow grew so tall thanks to an overfunctioning pituitary gland that secreted wild amounts of growth hormone. He only lived 22 years, dying from a cellulitis caused by a leg brace, but even then, he showed no signs that his growing had stopped. I remember Wadlow being one of the subjects of the HBO special Some Call Them Freaks which was on when I was a kid. It kind of freaked me out, as did Wadlow. 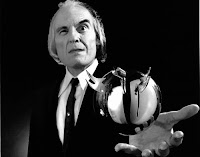 2) The Tall Man (from Phantasm)
Jesus Christ, is Phantasm one fucked up movie or what. I've seen it several times and I still don't think I could give a synopsis of the plot. That said, the Tall Man is one scary m.f. He runs Morningside Mortuary and, as near as I can tell, is using human bodies as slaves on his planet (dimension?) He has super human strength and yellow blood and well, what can you say. I hope that Angus Scrimm has squeezed every last ounce of coolness out of playing such a titular character. I think it's probably high time for a rewatch of that entire series.

3) Treebeard
While technically not a person, you can't deny that Treebeard is most certainly tall.

4) Jack Skellington
I never saw The Nightmare Before Christmas until just last year, and I have to admit that it was better than I expected. It scared Anna (of course) but the influence it had on Corpse Bride, which I think is the better of the two pictures, is palpable. I have no idea how tall he is in his world, but man, he seems like he'd be the tallest thing around with legs that just go on and on. I totally should go as Jack Skellington for Halloween some year, it would be a piece of cake. 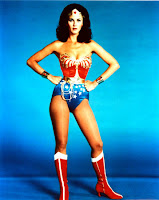 5) Wonder Woman
Again, don't know how tall she actually is, but she's an Amazon so she must be tall, right? She will forever be Woman, Wonder to Jeff and me (that's pronounced Woman Comma Wonder), and the ultimate potrayal of her will always be Lynda Carter's in the TV show from the 70s. She'll make the Axis fold, stop a war with love, make a hawk a dove and make a liar tell the truth. You're a wonder, Wonder Woman!