Whenever I sit down to recap the year in music, frequently there are albums and songs that, while despite being instrumental in setting the tone and color of the year, really are ineligible because I stumbled upon them a little too late. So before I delve into the best albums and songs of the year (in my humble estimation) that were actually released in 2007, I'm going to spotlight a few albums that I either discovered or rediscovered this year. It's not a long list, but I couldn't wrap up the year without taking a look at them. 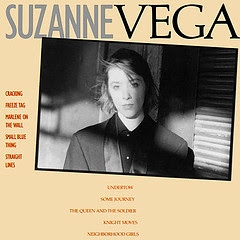 Suzanne Vega - Suzanne Vega
I am so woefully ill-equipped to review this album - and believe me, I wanted to. I bought this early in the summer with some iTunes credit left over from my birthday. I've known "Marlene On The Wall" forever - probably for as long as I've known about Suzanne Vega, but the rest of the album was a complete mystery to me. So on a whim, I bought it. What I love about Suzanne Vega is how autumnal her music is, so it's no surprise that this became a staple of the fall. The music (which predates her breakout hit "Luka" by a couple of years) is so chilly. It reminds me walking in New York on a crisp fall day in a time gone by or perhaps not yet happened. It embodies a level of introversion that I could never reach, even if I wanted to. And for that, it is intriguing. XO spoke highly of this record to me recently, saying how it was from a time when he really got to know albums - a time that I fear has past by in this day of being able to buy albums piece meal on iTunes. While I have not always liked what Suzanne Vega has done since Solitude Standing, I have a new soft spot for this album. 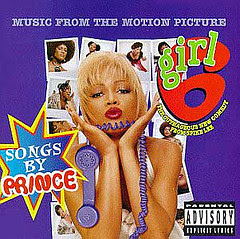 Girl 6 (Music from the Motion Picture)
When Heidi was in London this summer, I Netflixed Girl 6, which was a movie we saw when we were first dating, back in that time when we went to everything that was released. Well, the only reason we REALLY went to see it was because Madonna had a cameo in it as a phone sex boss. Anyway, while I was watching it, I remembered how awesome the soundtrack actually was - composed entirely of Prince songs save a couple of songs from the Family and Vanity 6. Some of the songs were classic Prince songs, others lesser known album tracks (most notably "Hot Thing" from Sign O The Times, the beginning of the chorus I was constantly singing to Heidi right around the time of her birthday --"Hot thing/Barely 21/Hot thing/Looking 4 big fun.") The movie was ultimately disappointing the second time around - although Madonna pleased as expected - but I bought the soundtrack CD from Amazon and it will be very prominently associated with late summer because of that. 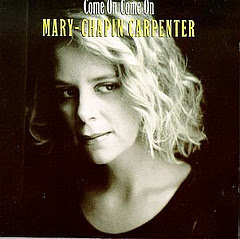 Come On Come On - Mary Chapin Carpenter
Truthfully, this album will always and forever be tied to its late winter/early spring 1994 association, but something triggered a Mary Chapin Carpenter renaissance this year and I found myself listening to this album as a whole pretty much to the exclusion of the rest of her catalog. There are so many good songs on here - it's almost amazing how many hit country singles it spun off. It was Chapin at the top of her mainstream appeal - I'm pretty certain that she never really attained this level of sales or mass appeal again. There's the well known songs like "Passionate Kisses" and "I Feel Lucky" and then not as well known ones like "The Bug" and "I Am A Town." But perhaps the song I stuck on the most was "He Thinks He'll Keep Her" which I found out was actually inspired by a 70s Geritol ad in which a man watches his wife be a superwoman around the house and at the end of the commercial says "My wife...I think I'll keep her." How times change - try getting an ad like that on the air nowadays (and sadly, I cannot find that ad on YouTube.) A top notch album from one of my favorite artists. 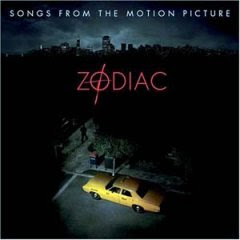 Zodiac (Songs from the Motion Picture)
The album of period music to one of my favorite films of 2007 was technically released in 2007, but you'd be hard pressed to find a single song on the album that is was produced in 2007! Soundtrack albums are always such a gamble - usually purchased in the heady few days after seeing a movie that you really like, only to gather dust (literal or figurative) after the excitement of seeing the movie has passed you by. David Fincher's Zodiac did such a great job of using music to evoke the late 60's/early 70's, with such classics as "Easy To Be Hard" by Three Dog Night and "Inner City Blues (Make Me Wanna Holler)" by Marvin Gaye (the latter used to great effect as you saw a CGI fast-forward of the construction of the Transamerica Pyramid.) Also among the songs are Johnny Mathis' "It's Not For Me To Say" (used over the July 5, 1969 slayings of Darlene Ferrin) and Lynn Anderson's "I Never Promised You A Rose Garden" which I played the heck out of this summer. A great movie - check it out if you get a chance. 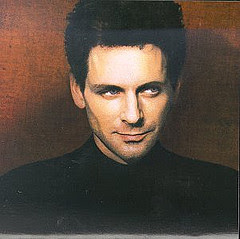 Out of the Cradle - Lindsey Buckingham
I'm cheating a bit here as I have not actually listened to the whole CD - just pieces of it. I have been a huge Stevie Nicks fan for nearly 20 years now, but have never managed to get into Lindsey Buckingham's solo material. Enter my friend Matt who I met this fall and is a self-described obsessed LB fan. Anyway, I always kind of liked the song "Countdown" from his 1992 album Out of the Cradle but had never heard any more than that. XO had told me once that I would probably like "Soul Drifter" and "All My Sorrows." I had but to mention that to Matt and he sent them my way to sample and what can I say? I love "Soul Drifter" - it is pure pop perfection. It reminds me a bit of "Family Man" from Tango In The Night. He also sent me the song "Street of Dreams" which was a personal favorite of his (made even better by his description that accompanied the song) and "Don't Look Down" - both of which I also found quite good. I have listened to more Lindsey Buckingham than I thought I ever would thanks to him, and by virtue of that alone, Out of the Cradle merits a spot on this list.

Excellent post! That Girl 6 album could be viewed as one of Prince's best CDs in a way! I love the songs he did for it, esp the one with the NPG.