In the place of a proper blog entry (I have been up since 3AM today - don't ask):

I would direct you to my guest blogging stint at Heidi's blog in order to see the new family shield. Always remember the family motto. 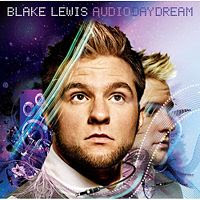 I picked up the new Blake Lewis CD - and while it is all over the place stylistically and not every song is a winner (what is up with the "Bshorty Grabs Mic!" song??), it has a good pop sensibility to it and it is getting some pretty heavy rotation around here these days. This is kind of strange as I usually do not go for the American Idol stuff, but for whatever reason, I have really liked what Blake has done. (and after adding that image of Blake's CD, I realized that you can now resize images within Blogger. Can you say YAY?)

I am reading Terry Pratchett's Hogfather and it is a riot. Death impersonating what pretty much amounts to Santa makes for some pretty funny stuff.

Work has begun on my year-end wrap up for albums and songs. Hopefully I'll get those published sometime before the we ring in 2008.

Everybody feel bad for Heidi as she is suffering from full on influenza. She has shaking chills, a fever (albeit a mild one) and just generally feels like dog shit. The flu sucks so bad - and having suffered through a bout of it in October, I can definitely relate.

We got new cell phones tonight - and I have finally equipped my phone to have Madonna sing "Ring ring ring goes the telephone." After paying $2.99 for the ring tone, I realized that I probably could have made it myself, but oh well. It was worth $2.99 of hassle. And since our phones look identical, I have outfitted mine with one of the stickers from the Confessions Tour book. I also gave Anna one which she affixed to her pajamas. Would Madge approve?