The music better be fantastic... 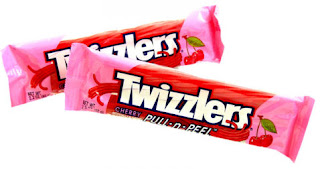 ...because Licorice is a God-awful name for an album. Really, Madonna, what were you thinking?

I don't know - despite the "sweet" title of the album and leaked track "Candy Shop", I can't get rid of the bad feeling I have about this. The tracks leaked and the vast majority of the fans on the net were either lukewarm to them or hated them outright. Yet, she moves forward with what could be a rather ill-conceived project.

We all know that I will buy it - regardless or whether or not it sucks. But truthfully, I would rather she go out with a bang from WBR, than a whimper. Madonna has hardly ever let me down, so it could still be good, but I'm afraid now only time (and internet leaks) will tell.

Dan, how funny that we both used "god-awful" in our descrips of Licorice!

And I did not know about the Confessions DVD being nominated for a grammy. How cool!