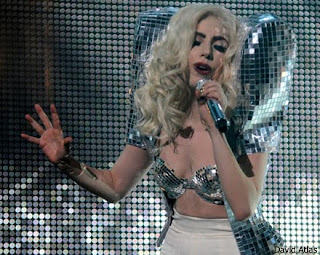 Through a massive trade of days off and shifts (and the graciousness of one of my co-workers), I managed to get time off during Spring Break week to head to see Lady Gaga in Omaha tomorrow night. Heidi's staying home and I'm going with my friends Kyl, Jess and Brandt. The seats don't appear to be the best seats in the house, but they were affordable and from the sounds of it, we were lucky to just get into the arena. Regardless, it promises to be a good time even though I'm not feeling wildly good tonight. I think an early bedtime is in my future so that I can be at my best tomorrow.

Even now, a full two years since I finally succumbed to Lady Gaga's "Just Dance" at the first daddy-daughter dance I attended with Anna, I'm not fully sold on Lady Gaga. I am not convinced that she is the next Madonna, but what I do know is that she's the closest that anyone's come for me personally. Whether she will have the longevity that Madonna has had remains to be seen, but I do admire her moxie. Her songs are light, inoffensive dance/pop songs that don't really aspire for anything greater ("Born This Way" not withstanding) but you know, it doesn't all have to be Shakespeare in order for it to be worthy. As I so frequently say, the music makes me feel good and well, a lot of times, that's enough for me. 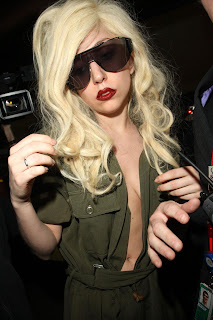 I'm sure she'll put on a great show and with Scissor Sisters as her opening act, it's hard to imagine this being a disappointment. I did listen to The Fame in its entirety today - something I had not done until today. I've always liked the singles but most of the album tracks left me a little bit cold. I snuck a peak at the set-list and there were some songs from The Fame that I didn't know so I figured I better educate myself. But I was glad to see that most of The Fame Monster made the set-list. Honestly, that EP is just heads and shoulders above The Fame. It makes me very eager for her new album in May which I predict will be one of two things - pop brilliance or overbaked and overthought drivel. Not likely to fall anywhere in the middle.