The interval between Stevie Nicks albums just keeps getting longer, so now's the time to celebrate the release of the album artwork for her new album, In Your Dreams, which is due on May 3rd. 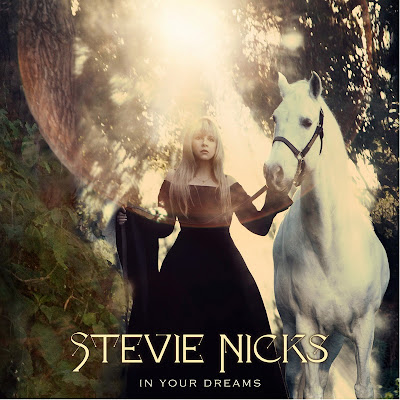 I had two thoughts when I saw this album cover. My first thought was how well it fit in with a long line of classic album covers from Stevie. As my friend Matt said, they really nailed the Stevie vibe. My second thought was "Whoa! Stevie! Lay off the Photoshop!" The woman on the cover of this album doesn't look like a woman in her 60s. My armchair psychological assessment is that Stevie probably doesn't have a problem with growing old, it's looking old that she takes issue with.

This album cover vaguely recalls the cover of Heart's Little Queen - perhaps Stevie has just left a Renaissance fair, absconding with the white horse on the back cover of this album? 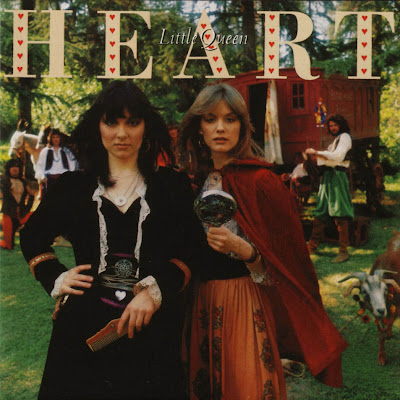 And at least it's better than Street Angel's cover, which I swear to God looks like it was done at the color copy machine at Kinko's. 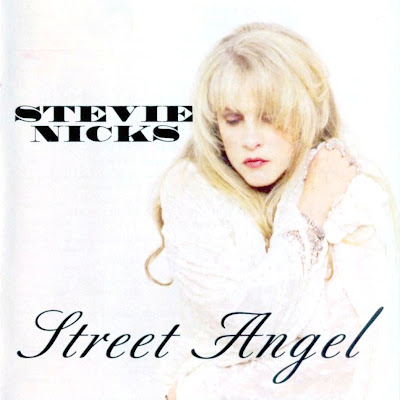 In any event, new Stevie is always a cause for great excitement. I just hope that nine songs is enough to keep me satisfied for another 10 years. Viva la Stevie! The woman has been such an integral part of my musical development and I really wish more pop fans appreciated her. But I do recognize that she's an acquired taste and not for everyone. But for me, she's been a perfect fit.