Will wonders never cease to amaze me

OK, I was over at my mom and dad's today and my mom had the Taylor Hicks CD. Somehow, I don't know how, it just magically found its way on to my iPod. I put it on my computer when I got home tonight and damn! I'm actually liking it. I never watch American Idol - not because I don't think I'd enjoy it on some level - but mostly because I can't ever remember when anything's on TV so I don't even bother trying. If I really want to watch it, I'll catch it on DVD. 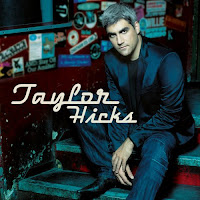 I knew a little bit about Taylor Hicks, mostly that he won American Idol last season and that his music could be best categorized in that nebulous category of "blue-eyed soul." I really hate that term - not that I hate that type of music, but for some reason, that term really bugs me, so consequently, I wasn't really all that impressed with the music of his that I heard.

However, I always feel a bit of a kinship with fellow premature gray haired folks and so I couldn't really resist when I saw that my mom had bought a copy of his CD. Yes, it's the type of music that I was expecting, but you know what? I have to say that it is surprisingly very enjoyable and very accessible. Hicks has a pleasant enough voice and the production is top notch. It reminds me, in many respects, of Clay Aiken's Measure of a Man CD which was so much better than it had any right being. Too bad he went and recorded an album of sappy covers for the follow-up, although his cover of Dolly Parton's "Here You Come Again" is excellent!

Almost without a doubt, Taylor Hicks will be my top artist on last.fm this week which will knock my musical credibility into the toilet. So sue me - it's good stuff. You owe it to yourself to check it out and it's really a shame that the album is falling down the U.S. charts like it is. It's better than half the stuff out there and really deserves a good listen.
Posted by Dan at 1/08/2007 10:47:00 PM

Oh Daniel! hehe, i can't quite bring myself to check this out yet but i am sure i will now based on your recommendation at some point :) i love the title to the post though!!

I'm sure the fact that he could double for your hero Geroge Clooney doesn't hurt his case AT ALL.