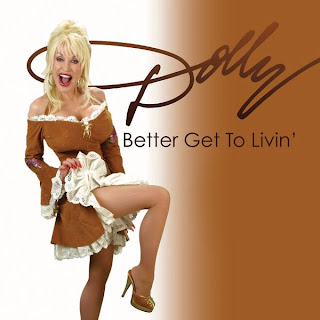 Dolly's new record isn't due out until next year, but the new single is already up for download on iTunes. Dolly says that this is a "mainstream country" record, and judging from the song "Better Get To Livin'", there's little doubt that she'd like to break back onto the country charts. I love the use of the classic script "Dolly" logo - I can't remember the last time we saw that!

But more than that, the song has a bridge that would make a certain "middle eight" loving blogger go weak in the knees.