The other day, an odd looking package arrived in the mail addressed to Heidi. I couldn't figure out what it was and, to my knowledge, we were not expecting anything. It was from Grand Rapids and I only know a couple people that live there, but thought that certainly they would not be sending us anything in the mail! Amazingly, I did not make my standard joke that any unexpected package likely contains anthrax. What can I say? I was off my game that day.

Anyway, we opened it up and it contained a treasure. 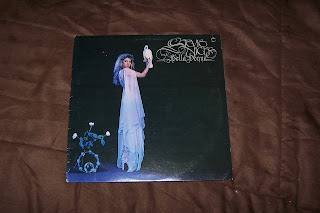 It is my very own vinyl copy of Bella Donna! As it turns out, my friend Mario had read my post on The Wild Heart where I was lamenting the fact that the only one of Stevie's first three albums that I did not have on vinyl was Bella Donna. He had a few in his store and sent me one. The note inside (addressed to Heidi) was to save the album for a special occasion, but unfortunately, it did not work out that way!

However, I love it and it is in great condition. It is probably my favorite of all of Stevie's album covers, if for no other reason than those impossibly high-heeled boots she is wearing. The album is a classic. I have written about it before, but am probably due to revisit it sometime soon. Which means I'll write about it in 3 years.

Also in that package was another surprise, no doubt inspired by my music meme post I did a while back where I revealed my fondness for the music of Helen Reddy. 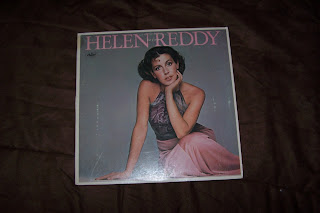 So, thanks to Mario, I am now in the indefensible position of owning three of Helen Reddy's studio albums! ;)

Wow...with friends like those, who needs to ever go to the store again?

I know! I was amazed!

Glad you're enjoying the albums! That particular copy of Bella Donna happened to be the one from my own record collection that I put the majority of into the store inventory. I can tell because it was a promo I received back when it first came out, as evidenced by the hole punch in the upper right corner. I put the needle to that record many, many times! I hope it still sounds all right!