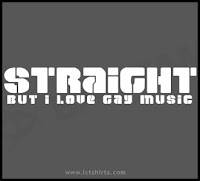 There's a long running joke in my house that for a straight man, I have the gayest iPod around. And it's true, my iPod is completely and utterly gay. It is gayer than a rainbow flag. A friend of mine, when asked on Facebook to describe how he met me/knows me said the following.

* You met randomly in 2007: How did we meet? I think it's because Dan writes a really good blog that I began reading...and also he has the gayest taste in music of any straight man I know! :-)

There was a time in my life when a statement like that would have bothered me. No longer. I relish it and embrace it for the fabulous compliment that it is. Back when I was growing up and I was starting to really come into my own musically, I naturally gravitated toward the divas - Madonna, Cher, Olivia Newton-John, Tina Turner, and Cyndi Lauper among others. Pretty much if it was a female artist, it got my attention. At no point in time did I realize that most of these artists had large gay followings; it just happened. When I finally figured this out, at first, I was mortified. OMG! What did that say about me? Did everyone in the world think I was gay? For the longest time, I wouldn't tell people that I was a Madonna fan because I figured it was tantamount to hanging a sign around your neck saying "I'M GAY!" Looking back, I realize how utterly ridiculous that was, but hey, it was part of my path and I dare not regret my path. If I hadn't followed that path, would I be as awesome today as I am? :)

As I've gotten older and realized that people that think something as complex as sexual orientation can be determined by music listening habits are terminally simple minded, I've (obviously) mellowed out a lot. And let's face it, gay men have great taste, and some of my best friends are gay men. Their friendship has enriched my life (and my musical tastes) tremendously, and I wouldn't trade it for the world. Now, if I hear that an artist has a gay following, I'm more likely to search it out because I know that there is a good chance that I will like it.

Because I am who I am, I have made it completely possible for the entire world to witness my music listening habits thanks to last.fm. (Seriously, if you're not on last.fm, you really should be.) Go ahead and take a look at my profile page. And scroll down to look at my top artists. It is, by and large, a list of stereotypically gay icons. Madonna, Cher, Dolly, Olivia, Barbra, Kylie, Debbie Harry and even Stevie Nicks to a smaller degree. Regardless, these ladies make up the soundtrack to my life. And while not all qualify for that classification, the lion's share do.

And unlike how I was when I was in college, I am now extremely proud of all of that. For they make me who I am, and many people think I am fabulous.

Let's look at my iTunes for more evidence. We've already seen my Madonna collection in my iTunes. No other artist even comes close when it comes to sheer volume, but here's a couple others. 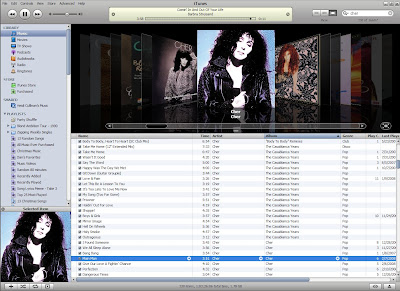 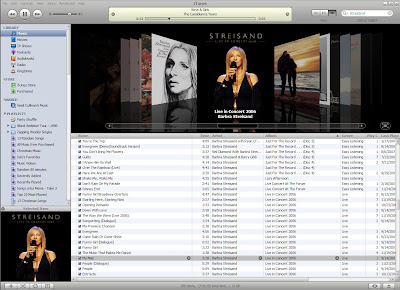 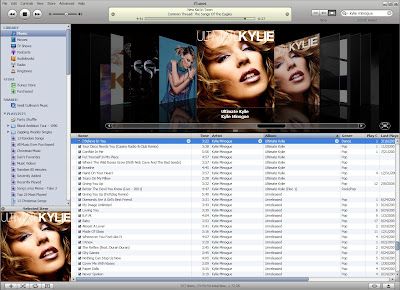 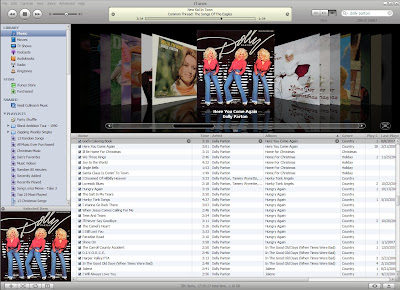 This is the music that gets me going, that lifts me up when I'm down and can also subtly manipulate my emotions when the demented part of me that wants to be sad sometimes wins out. And because of that, I no longer classify them as guilty pleasures, but as things that make up the better, more interesting part of me.

And I still cross my fingers for Guitar Hero: Divas Edition, although cold fusion has a better chance of becoming reality, plus it would certainly be the lowest selling entry into the series!

After writing this post, I realize it's not so much nerdy as it is just showcasing atypical music tastes in a 35 year old guy. Well, fear not. I made an admission on e-mail the other morning that I was told I could only purge from my soul by blogging it. So I will do it. Witness my last.fm page from the other morning. 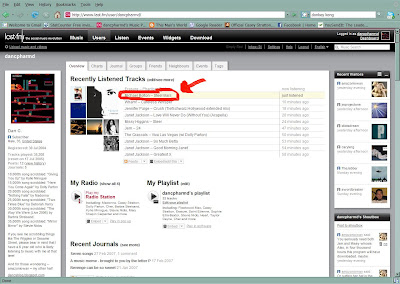 I don't know what got into me. But I kind of like that song!

Okay, that's enough embarrassment for one night. Back either later tonight or early tomorrow morning with zombies. And then a possible video blog to finish up Nerdery Week, although I make no promises.
Posted by Dan at 2/22/2008 08:50:00 PM

i concur! who cares what type of music people listen to. I have lesbian friends who can't stand the Indigo Girls and Pink, gay friends who love Metallica and Evanescence. Music shouldn't pigeon holed!!

PS ~ I have a very soft spot for the song Time Love and Tenderness by Michael Bolton!!

Oh God, I'd forgotten about that Michael Bolton song...

Where do I get the T-shirt you showed off at the beginning of the post? It'd be ideal for an (ahem) friend of mine ;)

Can I relate. I'm a straight man with a girlfriend, but my iPod is full of Sheena Easton, Dusty Springfield, Cher, Streisand, Anne Murray, Petula Clark, Vikki Carr, etc. In fact, I came across your blog when doing a search on Anne Murray's new album. When I realized that most of these artists had gay followings, it freaked me out (it never dawned on me in high school). Later, it was like, well, I like what I like and what am I supposed to do about it? Although I still take a lot of crap about it from my brother, I admit.

Dan said...
This comment has been removed by the author.
9:15 PM

Randy - you sound like a musical brother listing those artists on your iPod!

I'm sort of the opposite. I tend to like bands that are fronted by gay artists. Case(s) in point:

I could go on, but I think you get what I mean. When it all comes down to it...who cares? We're out of high school, so who gives a rip what other people think?

Bring on the enjoyment.

Dan: I'm going to have rethink my position on Madonna after reading your blog.

TKT - truer words never spoken. Why apologize for the things that you enjoy (as long as they aren't illegal!)

Matt - It was not as hard to blog as I imagined it being.

Randy - Good on you! Say what you will about Madonna, but she really knows her way with a pop song.