I have not done the 7 songs meme in a while - and there have been several songs I have been REALLY into recently, so it felt like time to revisit it. Links to YouTube videos where I could find them.

List seven songs you are into right now. No matter what the genre, whether they have words, or even if they're not any good, but they must be songs you're really enjoying now, shaping your spring. Post these instructions in your blog along with your 7 songs. Then tag 7 other people to see what they're listening to. 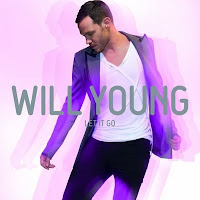 1) Help Me (Live in Cadogan Hall) / Will Young
This is currently my favorite cover song out there. Originally found on Joni Mitchell's Court & Spark, "Help Me" is deceptively simple, but the melody and lyrics are actually quite complex. I also love his androgynous voice, especially in the beginning when you can't decide if it's a male or female singing and as it hits some of the higher notes. I think Joni Mitchell would be proud of this version of the song.

2) A Fool In Love / Tina Turner
I have had a huge Tina Turner renaissance over the last few weeks. Even before I rewatched What's Love Got To Do With It, I was really loving this song. I have not heard Tina's original vocal on this, but rather, it is the rerecorded version that she did for the movie that has got my attention right now. What I love about it is how Tina's gruff vocals are such a contrast to the back-up singers on the chorus. That and the "you know you love him/you can't understand/why he treats you like he do/when he's such a good man." That lyric can really get stuck in your head.

3) Say You Love Me / Fleetwood Mac
This has probably always been one of my favorite Christine McVie songs in the Fleetwood Mac catalog. The version I am really into right now is the one from The Chain boxset which puts guitars over the piano opening and makes them more prominent throughout. It just seems to have more meat on the bones of the song. Plus the ending harmonies are just classic. Too bad that McVie is not joining Fleetwood Mac on their current tour. 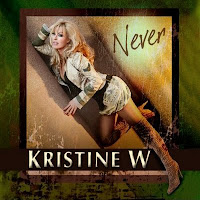 4) Never (Heaven on the Floor Mix) / Kristine W. (stream it)
Kristine W. is one of those artists that you really don't need to own a whole album of. A few choice tracks here and there should satisfy most people. This (along with "Lovin' You" from the Queer as Folk soundtrack) is what I would qualify as essential Kristine W. After getting over my initial disappointment in finding out it was not a Heart cover, I really came to appreciate this song. It came on my iPod at the gym today and it is a PERFECT gym song. It's probably going on my year end best-of list, so you heard it here first.

5) If I Were You / Stevie Nicks
One of my most favorite of all of Stevie's album tracks, it pretty much never leaves the "Dan's Favorites" playlist on my iPod. The best part of the whole song is the "Every boy must learn to be a man/Well, I think I can help you/Yes I can" part. It takes me back to January of 88, playing The Bard's Tale on the Apple IIe and being sucked into the web of Stevie in which I am still stuck to this day. I never would have thought that 21 years later, it would still be in such heavy rotation. 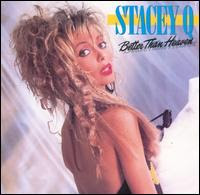 6) We Connect / Stacey Q
Speaking of a song I would have never thought would be in heavy rotation on my iPod in the year 2009, this minor hit for Stacey Q is one of them. But for whatever reason, here I am, nearly 37 years old and I'm listening to this bubble gum stuff. I can't help it. It is so infectious plus it has the "tion" rhymes that get me every time. "It's no exaggeration/not imagination/You're the finest boy in town/Playing with temptation/overnight sensation/With a boy from the wrong side of town." It really is kind of scary the kinds of things that appeal to me.

7) Asleep / The Smiths
I am not a big Smiths fan, although I have been dallying with them a bit recently. What set it off was the song "Asleep" which featured prominently in The Perks of Being a Wallflower. It is the song that Charlie listens to and at that moment "feels infinite." I meant to blog that book, but I'm afraid that ship has sailed. However, it was a great book. And as Smiths songs go, this one is just heartbreaking - and there are a lot of heartbreaking, melancholy Smiths songs.

I think you know that the Stevie song is a fave of mine too, yes? LOVE it still