I'll be the millionth person with a blog today to say may Terry Schiavo rest in peace. I've avoided commenting on the whole Schiavo thing, but I'm just glad--for better or for worse--the fight is over.

The only thing I will say is I'm appalled at how this very personal and private matter that should have stayed in the family became a political football. May the Congress of the United States never decide whether I live or die were I to be in a similar situation.
Posted by Dan at 3/31/2005 02:02:00 PM No comments:

Trash any web site you want!

Now you can unleash anarchy and disaster on any web site you want--even this one if you so desire. Thanks to Net Disaster, we can finally nuke Ann Coulter. 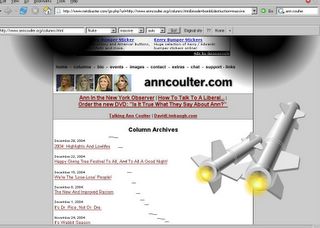 Happy Easter to everyone out there who is either a loyal reader (all 4 of you) or those who stumble across my blog. We were talking at work last week about how the date of Easter is determined. Turns out Easter is always on the Sunday after the first full moon after the vernal equinox. I got to thinking--"Dang! That's a pretty pagan way of determining the date of a Christian holiday!" Heidi and I were talking about it, and we figure it had to have come from combining a pagan holiday with a Christian one. And wow, there's something to that theory.

Of course, when we were kids, my dad had us convinced that the Easter bunny brought rocks instead of eggs.

And as for the whole Easter bunny thing, having seen Donnie Darko, people dressed up in bunny outfits isn't as benign as it used to be.

I don't know, but something about the news story where T. rex soft tissue was found is really appealing to the 8 year old boy in me. I mean, how cool is that? I was thinking about how breaking the leg bone in half must have really killed the diggers--but what else are you going to do? It's either break the bone so you can physically get it out of the dig site or leave it there. And then to find what they found! While I'm not naive enough to think that it's going ot lead to living and breathing T. rexes in zoos around the world, it will provide incalculable information about dinosaur physiology. Besides, if we actually had T. rexes in zoos, they'd just get loose and people would die. I've seen Jurassic Park--I know how these things go! :)

But what is disturbing is how those on the creation side of the creationism vs. evolution argument are using this to further their arguments. While I can understand why they'd argue that this deflates any claims to the earth being millions of years old, my response is that there's a lot we don't know about fossilization--how long does it actually take? And what were the conditions in which this particular set of bones fossilized?

How things have changed (or not)

I stumbled across the uncensored version of the Scissor Sisters' "Filthy/Gorgeous" video this weekend (via Modern Fabulosity--and I can't remember how I found his site either.) Wow. One can see how it was banned by MTV--heck, they even banned the toned down version. A part of me was like "Sheesh, what a double standard because some of these rap videos have things that could be considered equally offensive, but no one gets all worked up over them."

I wish I could wear my slippers to work. They're so damn comfy. 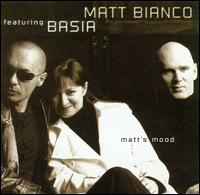 I found out about this CD while I was at Barnes & Noble in Cedar Rapids over the weekend. In their listening booth was a sign for "Matt Bianco & Basia--coming 3/8." Now, it's been 11 years since Basia's last solo CD, The Sweetest Illusion, and I always wondered what became of her. While it was tempting to think something exotic or unlikely, I figured the most likely scenario was that she got dropped by the record label after The Sweetest Illusion's disappointing sales figures.

I've always liked Basia, even though her music shouldn't really be all that much fun. It's pretty much lounge music crossed with smooth jazz, but for some reason, she does it right and really makes it fun and exciting. I'm the first one to decry all the Sunday morning radio shows that play 4 hours of non-stop Dave Koz, Kenny G, and other smooth jazz favorites, but Basia seems to transcend this label. I think it's because she has one of the most killer voices. She can sing the hell out of a song, but not beat it into submission (a comparison I heard when someone was discussing the Celine Dion/Barbra Streisand duet "Tell Him"--but that's for another entry.)

As for Matt's Mood--it's been a long time since Basia recorded with Matt Bianco(a group made up of Mark Reilly, Danny White and Basia) and I haven't heard the whole CD yet, but it's very promising. It's sparked a Basia renaissance which caused me to listen to her entire greatest hits CD on my iPod the other day in the park. And this CD carries on in the same tradition. Probably my favorite song right now is the first track "Ordinary Day" followed closely by "Ronnie's Samba" and "La Luna." I haven't heard the last 3 songs on the CD yet -- I'm buying it with my free iTunes from Pepsi caps -- but I've heard enough to know that it's a keeper.

It won't sell tons and certainly won't do something crazy like chart a top 40 single or anything, but it's good stuff.

I was walking home from work tonight (definitely one of the worst nights ever) listening to my iPod and I found myself listening to this live version of Stevie Nicks' "Stand Back" that I downloaded off the net a few days ago. And dang, if it's not the best live version of "Stand Back" that I've ever heard Stevie do. "Stand Back" is one of her concert staples--so much that even Fleetwood Mac does it--but her live performance has always bugged me a little bit. She wrote in the liner notes to Timespace:

"Stand Back" has always been my favorite song onstage, because...when it starts, it has an energy that comes from somewhere unknown...and it seems to have no timespace. I've never quite understood this sound....but I have NEVER questioned it.

But I've always been kind of "huh?" to that statement because she always sounds so damn bored when she's singing it. She always sings it in a bit of a monotone and a lot of the inflection and coolness of the album version is sorely lacking from the live versions I've heard. Well, this one rocks my world because she's actually singing the notes rather than just going through and speaking them.

But perhaps the best bit of trivia to go along with "Stand Back" is that you can totally sing "Little Red Corvette" over the top of it. Try it sometime. It's amazing. And the video? Well, totally swing choir moves.
Posted by Dan at 3/04/2005 11:10:00 PM 1 comment: 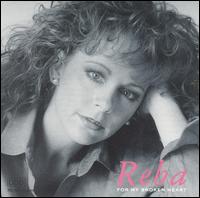 I can't ever listen to this CD without thinking of my friend Rick who introduced me to Reba. He was a good friend of mine in high school. Time found us drifting apart, as friendships of that nature usually do. However, in the summer of 1993, I was working in Carroll and he was back there for the summer. We started hanging out again, catching up, listening to music--and this is the CD that I remember most from that summer of the deluge.

I don't listen to Reba as much anymore--I pretty much think this was her peak--but this CD of absolutely depressing songs seemed to appeal a lot to me at the time. You can't go wrong with a country CD where songs have someone crying themselves to sleep ("For My Broken Heart") or they're on a Greyhound bound for West Virginia. ("He's In Dallas") It even contains a great cover version of "The Night The Lights Went Out In Georgia" which was the immediate appealing song to me when I first heard the CD. Little sister don't miss when she aims her gun, indeed. Perhaps the best part of the song is how Sonny Bono turned it down for Cher on the pretense that it would offend everybody in the Southern U.S.--memo to Cher: great idea for your next CD.

The last song, "If I Had Only Known," is probably the most understated of all the songs, and speaks to the regret and sorrow that accompanies not knowing that you weren't ever going to see a person again, or talk to them again. While it seems a bit cliched, there's a grain of truth in there. It reminds me of the Vietnam scene in Forrest Gump--"If I had known that this was the last time me and Bubba was gonna talk, I'd have thought of something better to say." Probably not what they were after, but similar nonetheless.

On a final note, you don't listen to this CD when you're even remotely depressed. It'll prolong the misery. Seriously.

Finally finished watching Mystic River tonight. Call me moderately impressed. Didn't like it as much as Million Dollar Baby (which totally deserved to win the Oscar over that bloated crud called The Aviator.) Very dark, very brooding--also very quiet. I swear I had to have the volume turned up so loud that when you turned it off and it went back to regular TV, you about blew yourself out of the room. All in all, I'm glad I chose to watch the movie rather than read the book. Of course, the 60 page prologue didn't make things sound too promising on the reading end.
Posted by Dan at 3/03/2005 10:26:00 PM No comments:

Are these not just the coolest things you've ever seen in your life? Great birthday ideas for me!! 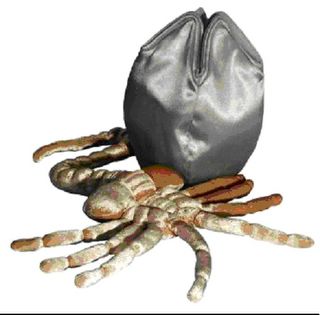 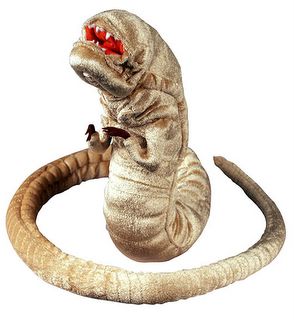