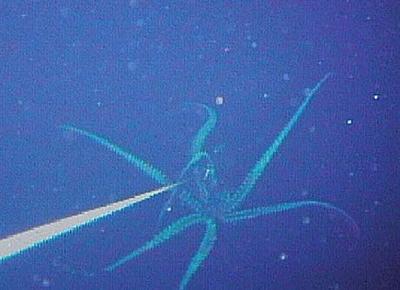 This is the first of the promotional shots from Casey Stratton's new CD Divide due in October. I pretty much can't wait for this CD--his music is some of the most beautiful music I've ever heard. And the unfortunate thing is that he doesn't have tons of music available as he was an indie, then got signed to Sony, then parted ways with Sony to be indie again--so what music he does have is not readily available. According to his blog, he's going to be making a lot of old stuff available on iTunes, so that'll be cool.

Casey's music is, to me, much like what Mary Chapin Carpenter's music was to me in college. I always said that Mary Chapin Carpenter could have been singing about my life, only she was female. Casey's music is a lot like that--he's not afraid to put real feeling into his music. And I think that's what drew me to his music.
Posted by Dan at 9/27/2005 07:28:00 AM No comments:

Sorry faithful reader(s), it's been forever since I've updated this thing. For whatever reason, I haven't felt moved to blog so much in the last couple weeks. Probably had something to do with coming down with both otitis media and otitis externa last week (ouch, now I know why babies bawl their heads off.)

Here's some things I've been up to that hopefully I'll blog about in more detail later.

1) Bought the new Barbra Streisand album. It's awesome.
2) Hurled Morgan Spurlock's Don't Eat This Book across the room. I liked it better the first time when it was Fast Food Nation.
3) My sister and I are going to go to see Olivia Newton-John at the Paramount Theater in Cedar Rapids. A childhood dream come true!!
Posted by Dan at 9/26/2005 08:55:00 AM No comments: 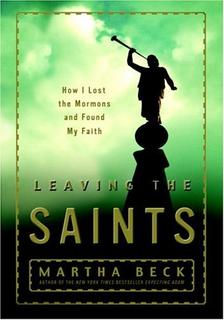 I just finished reading this book--Leaving The Saints by Martha Beck. While I wouldn't say that it was life-altering or anything like that, it was definitely an interesting read. Beck left the Latter-Day Saints a/k/a the Mormon Church in the mid-90s. She also claims to have been sexually abused by her father--a guy who is rather high and mighty in the Mormon Church. The book chronicles her search for the spiritual in her life, a journey that started with her return to Utah after several years of living on the east coast and ended with her being virtually completely cut off by her immediate family.

Books like these are always to be taken with a grain of salt. As a friend of mine says (who is a member of the Reorganized LDS church) "This person left the church, so they're obviously not going to be kind to it." I kept that in mind while I was reading it and every time it got a little bit sensational, I remembered that she is an ex-Mormon and well, that kind of speaks for itself.

But the interesting thing is that she isn't universally damning of Mormon culture. She praises it's inclusion, love, friendship and celebrates this. She does not shirk on the details of how her ward members immediately treated her as persona non grata once her husband resigned his membership which (rightly so) saddened her. I was amazed to hear stories of how her daughters Mormon classmates bullied her and ignored her (her oldest daughter was the only child truly affected by their resignation of membership)--I guess childhood cruelty really doesn't discriminate.

I've always been slightly puzzled by Mormon doctrine--not that I claim to be an expert on it or anything. My Lutheran pastor stepfather-in-law refers to it derisively as "Christianity gone to seed." I'm not a Mormon, but I have a good friend who is one and so I've learned a lot more about it than I might have otherwise having been friends with him. I have a healthy respect for it as being a good choice for a lot of people, but just not for me. Still, I'm always a little bit perplexed when I read things about a Mormon masterplanet, the Heavenly Mother and how good Mormon men will become gods of their own planet. I'm tempted to think "How can educated people believe this kind of stuff?" But the flipside to that is "How can educated people believe that a man died on a cross and then CAME BACK TO LIFE?"--a belief that I have and I consider myself to be an educated person.

I guess religion is all what you make it--Mormonism works for some people, not everyone and certainly not for Beck. Christianity may work for some, but not for everyone. Probably my favorite part of the book was it's dedication which went something like this. "They say that religion is for people who are afraid of going to hell and spirituality is for people who have already been through it. This book is dedicated to the latter." I'd have to say that my religion is starting to resemble spirituality much more than traditional Lutheranism. We haven't been to church in forever, but I don't feel separated from my God at all. I do despise how the fundamentalist Christians in this country have hijacked the concept of God, so much so that you can hardly mention that you consider yourself a Christian without having to back pedal and say that you're not a homophobic cretin who believes that the Earth is 10,000 years old more concerned with saving cells in a Petri dish than actual living and breathing humans in New Orleans right now. OK, probably an overstatement, but you get the picture.

A good book, definitely worth the read--obviously I was much more interested in her spiritual journey than I was in her allegations of sexual abuse. The spiritual journey was the part of the book that spoke to me.
Posted by Dan at 9/12/2005 11:47:00 AM 1 comment:

I took Anna to the park on Friday night after work (and after I'd napped--going into work at 6AM always stretches me to my limit consciousness-wise.) It's a fun park to go to--just around the block from our house and there's almost always neighborhood kids there for Anna to play with. Well, on Friday night, it must have been "Dads take their kids to the park night" because that's all that were there--fathers taking their kids to the park. And initially, it was kind of cool, but ultimately, it made me feel sad.

It was so cool but so disheartening the way that the other dads just casually drifted into conversation with each other, while I remained on the sidelines. I've never had very much luck bonding with other dads in social situations but this experience just solidified it in my mind. This stems primarily from my complete and utter inability to talk about sports. It's not that I'm just not that into it, I just don't give a shit about it. The only sports event that even remotely piques my interest is the Iowa-Iowa State football game (which was this last weekend) and that's mostly from living 33 years in Iowa.

As I followed followed Anna around the playground, sticking closely to the perimeter so as not to affect her interaction with the kids, I overheard the conversation that two of the dads were having--and sure enough, it had to do with sports (talk of rugby in England) and beer. I sighed a little bit because it was as I had expected. And it's not that I think I'm all holier-than-thou and above all that conversation. I'm not even expecting "deep and meaningful" conversation. I just wish that masculinity was defined by sports and alcohol--something I refer to as "the boys' club."

The boys' club is one of the reasons I'm so glad I work with women by and large. I'm not expected to know the score of the latest game and macho posturing is kept largely to a minimum. And this exclusive club has its roots clear back in high school--I realized a few years ago that I'd been trying (in vain) to fit in with something that I simply cannot.

WTF is wrong with me? 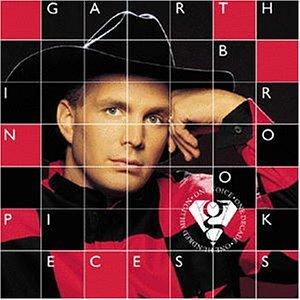 OK, I've been listening to the Garth Brooks song "Callin' Baton Rouge" way more than is reasonable. It doesn't seem to matter that I don't even really like Garth Brooks all that much -- probably because I remember hearing "Friends In Low Places" way too many times at bars while I was in pharmacy school and plus I've never really liked male country stars either (way too twangy.)

Plus now, Garth Brooks is only going to sell his CDs at that bastion of the devil Wal-Mart. Even more reason to not like him or his music. Let's hope Trisha Yearwood can talk some sense into him.
Posted by Dan at 9/12/2005 09:07:00 AM No comments:

I found a 30 second sample of the new Madonna single "Hung Up" this morning and I'm peeing my pants. It even has an ABBA sample! (the flutes from "Gimme! Gimme! Gimme! (A Man After Midnight)") If this is any indication as to what her new album is going to sound like, I'm so there.

I have tried to stay silent in my blog about the tragedy that has befallen New Orleans this week, but the events of the last few days have forced me out of my silence. And before anyone labels me a left wing nut-case, trust me that if it were a Democratic administration presiding over this complete clusterfuck of a disaster response, I'd be just as livid as I am now.

People are dying in New Orleans, living in squalor and filth. Babies are sick and dying. The poorest among us are being ignored and neglected by our government. This is appalling and anyone who does not think that it is appalling must be a little bit less than human. These are our countrymen, and we can't figure out how to help them. We have our bumbling idiot of a president "looking forward" to making the trip to New Orleans--what a jackass. And then he thinks that rolling up his sleeves and taking off his tie is response enough from him. What a freaking loser.

The response to this disaster is a national tragedy. We should be ashamed of our government and it's lack of timely response to helping people in need. Our government should be ashamed of itself and should say so to America. It owes us that much. It owes every last person sitting in the Superdome (a/k/a Helldome, Shitdome, etc.) an apology for not giving a shit and letting this go on for 6 days after the hurricane hit. And it's not like we didn't know that it was coming. We had ample warning. Of course, since Bush doesn't read newspapers, he probably didn't know. But there are plenty of people that should have known better.

The true heroes of this disaster and the ordinary everyday citizens that jumped in their cars and went down to Louisiana, Mississippi and Alabama to help--no questions asked.

And if our God-fearing leader really thinks that these are "expendable" people, he would do well to remember the words of the Bible "how you treat the least of my children is how you treat me."