Well, my Lastfm.com statistics are going to be completely wonky when they go to compile them next Sunday. It seems I left iTunes playing all night long while I was at work (11 hours) and not only that, I left it playing on my Casey Stratton/Tori Amos playlist. So they are the only two artists who have played for the last 11 hours.

Not that this is altogether a bad thing. I've been trying to get my iTunes play counts up since my complete computer re-do in January. That's one way to do it.
Posted by Dan at 2/27/2006 08:29:00 AM No comments:

It's been a while since I've blogged and I really have no good reason for not having blogged. I've been at the computer and have had ample time to blog, but I guess I just haven't had much to say these days. I'm getting ready for a stint of overnights at work which always messes with my internal clock more than I care to think about, but it'll be fine. 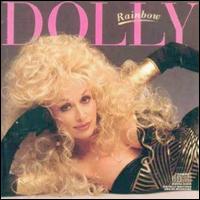 The other day, I pulled the 1987 Dolly Parton CD Rainbow off the shelf and imported it into iTunes. This CD has the distinction of being the most expensive single CD I've ever purchased. This all-pop album, which bombed bigger than life for Dolly nearly 20 years ago (egads! where has the time gone?) and has been out of print for just about as long. And since 1987 was toward the beginning of the CD age, the CD version is especially difficult to come by. The Iowa City Public Library had a copy of it that I checked out numerous times while I lived in Iowa City. Just as music was starting to make the jump from CDs to mp3s and other digital files, I decided that I wanted to get a copy of this CD, so I went to eBay to see what I could find. I found a few copies there, so I went ahead and bid on one, only to lose it in the last minute of the auction (imagine that--like that ever happens on eBay!)

My next auction I was a little more fortunate, except for the fact that I got in a bidding war with someone toward the end of the auction. I think I ended up spending somewhere between 50 and 60 dollars for the CD -- insane, I know! -- but I'd procured a copy of the CD. If I had only waited 6 more months, by then I was fully into Napster and the mp3 revolution, and all I would have had to do was check out the CD from the Iowa City Public Library and voila -- I'd have a copy. Still, I don't have all that many regrets about spending the money. Even though I buy a majority of my music through iTunes these days, there's still something about having the CD to hold in your hand along with all the accompanying artwork that goes along with it (and believe me, the artwork in this one is cheesy with a capital C.)

Rainbow is Dolly at her cheesiest. I almost wrote that it was the nadir of her career, but I don't think that's entirely true either. The trouble with the CD is that it has a very "phoned-in" feel to it -- almost as if Dolly laid down the vocals and the instrumentation was completely changed from what it originally was. Almost every song has this "lost in a wind tunnel" quality to it, with Dolly's vocals relegated to the background and crappy 80s synths layered to hell over the top of it. It contains her single most embarrassing song "Dump The Dude" in which Dolly opines "Girl, I know you think this is none of my business/But the fact that we're friends makes it my business/I care about you, and I ain't preachin'/But I think you shoud dump the dude." At least she didn't write it.

I talk rather harshly about a CD that I coughed up 60 bucks for, but I love the cheesiness of it. I love the cheesball song "Savin' It For You" which she sang on her TV show from right around the same time. But perhaps what I love most about it is it reminds me of my first semester at Iowa -- just like Madonna's Erotica CD does -- and the memories that it evokes more than make up for the bad songwriting and dated production. And the funny thing is, that when the album was released in 1987, I could have easily bought it then. I mean, I liked Dolly even back then, but for reasons I don't know, I never purchased it. And think if I'd bought it back then, I'd have a whole different set of memories associated with it. It was just happenstance that I didn't discover it until I was 20 rather than when I was 15.

Anyway, enough of my mindless babbling about Dolly. Here, enjoy this video from You Tube, which prompted me to import the Rainbow CD to iTunes in the first place. "Savin' It For You" performed live on the Dolly show in 1987. (As is standard operating procedure for most You Tube videos, this can be a bit slow to load, so be patient.)

This is proof positive that I have the best wife ever. (The February 14th post) And it has nothing to do with the fact that I get off easy on Valentine's Day. It goes so much deeper than that.

Hands off, guys, I'm keeping her.

Sorry for the shortness of the post, but life's been busy. Back probably tomorrow with something more substantial.
Posted by Dan at 2/15/2006 07:12:00 AM 1 comment:

I found myself thinking about angstroms today. I'm not entirely sure why I was but I didn't question it. Nonetheless, it was still an odd thing to find myself thinking about. An angstrom, as everyone knows, is one hundred-millionth of a centimeter (OK, I admit it, I had to look up precisely what it was, but I did remember the scientific notation for an angstrom, just couldn't remember how to express it.) Anyway, it reminds me a girl named Sarah that I knew in college -- she was the roommate of a friend of my roommate's. I really liked her - she was a little bit of a case, but it just heightened her appeal. I think I did awkwardly ask her out once, to our class formal, but she had other plans (i.e. she wasn't interested in me that way) but that was really ok. In an event, she was obsessed with angstroms. We thought that angstroms should really be the unit of measure for teenage angst, because really, when you think about it, that's probably how big teenage angst really is compared to what most teenagers (my teenage self included) make it out to be.
Posted by Dan at 2/06/2006 08:54:00 PM No comments: 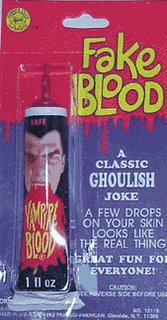 The other night I dreamt that I was a vampire. And it was the strangest thing. I had had a couple glasses of wine before bed that night, and in the middle of the night, I remember stirring slightly and noting that I didn't feel very good. In the dream, this sick feeling got translated into my transformation into a vampire -- not dissimilar from the process described in Interview With The Vampire. I found myself noting that I didn't need to breathe and that my heart was no longer beating. And suddenly, I was back in college and a lot of my friends from that period of my life were there, sitting in a lecture hall. I sat down in a seat near the top of the lecture hall on an aisle, hoping that no one would notice my transformation into one of the undead. And just as quickly as I was in the lecture hall, I was suddenly sitting at a table with several friends, both past and present, while Heidi desperately tried to explain to them that just because I was a vampire didn't make me a bad person. After all, the only other vampires she'd known had been Angel and Spike, and they both had souls and eventually worked for good in the world. As she was talking, I found myself still feeling that "sick" feeling and realized that it must be because I needed blood -- I hadn't fed at all. So I began to ask people if they'd mind so much if I bit their necks and drank some blood -- not enough to kill them, but enough to make me feel better. Not surprisingly, no one obliged. Then Heidi came up with a great idea. She had me drink that fake vampire blood you get in tubes at Halloween. I remember it being gross, but it did make me feel better.

Strange, eh? I looked up what dreaming you're a vampire means and here's what I found: To dream that you are a vampire, signifies that you are sucking in the life energy of others for your own selfish benefit.

I got a couple new books this week -- one was a gift and one was a rare hardcover book purchase (I almost always wait for them to come out in paperback.) The first book is Norah Vincent's Self-Made Man, which Kevin sent to me. The book is about a woman who dressed up as a man to experience what it was like to be a man in today's society. She did this on a dare from a friend of hers and what she finds out (according to the reviews) will come as no surprise to a lot men in society. While men have a certain amount of freedom that may not necessarily come to women by virtue of gender roles, they come at a bit of a cost. According to the book jacket, the book is much in the vein of Black Like Me and Nickeled & Dimed (I've only read the latter) I'm eager to start reading it, and it's only appropriate that Kevin gave it to me considering we met on a listserv discussing men's issues.

The other book was one that I actually bought, and to say I bought it sight unseen would be lying, even though I probably would have. It's Stephen King's new book Cell, the first two chapters of which were published a couple weeks back in Entertainment Weekly. The premise, basically is that on a sunny day in October, The Pulse is sent out over everybody's cell phone, and anyone who happened to be on their cell phone at the time is turned into a crazed, flesh-eating zombie. Now as I've outlined here ad infinitum, I will pretty much watch or read anything that has to do with zombies as they are without a doubt my favorite of all movie monsters. So I have high hopes for the novel. Not that I haven't been disappointed by King before -- the climax of It, the entirety of The Tommyknockers, but he is also capable of brilliance -- 'Salem's Lot, which I read at the age of 25 and was still scared to death and the short story collection Night Shift. Many dismiss King for being a hack, but as Heidi mentions, he really cares about the craft of writing and if nothing else, he sure knows how to tell a story. Let's just hope they don't turn Cell into a movie because the movies based on his books almost always disappoint.
Posted by Dan at 2/02/2006 09:50:00 AM No comments: