(I'm doing a full system restore on my PC and trying desperately not to watch its every move, so this is what I'm doing instead.)

The year is nearly over, and it's time to start looking back at the year that was. Part of the reason I blog is because I just feel so passionately about music (although a music blogger I decidedly am not! Too many stories about Anna and zombies and such.) I consume it in ways that many people really don't understand, and the year-end recaps are some of my favorite posts to write. No one else but me may give a shit about my opinions, but that will not stop me from giving them!

2008 was not the best year for music - it certainly had nothing on 2007. Last year I did a post on my favorite albums of the year that were not released in that year. It was so much fun to write and a great way to highlight the music that made up the soundtrack of the year, even though some of it was not released in 2008. So here we go - the list last year was 5 albums. This year, the list is down to four. 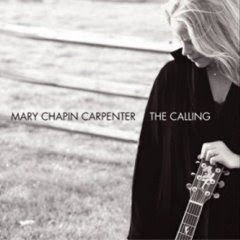 Mary Chapin Carpenter - The Calling
This album was actually released in 2007 and if I had bothered to do a year-end album list last year, it would have made the list. Honestly, it probably would have topped the list. It is simply that good. In fact, it is so good, I am almost willing to go on record as saying it's my favorite album of 2007 AND 2008 put together. It has been in particularly heavy rotation as the year has come to a close. The thing that I love about it is how it is simultaneously a throwback to Chapin's mid-90s peak-of-popularity stuff and a bold look forward. Having been a fan of hers for 15 years now, I am fond of saying that I have grown along with her, although she nearly lost me in the late 90s with a couple of very sub-par albums. And The Calling is perhaps the most mature, most fully realized version of her gift of songwriting and storytelling. Although I'm not sure how "On With The Song" will play in the post-Bush era, it is still the best example of a scathing political indictment wrapped in a killer country-pop hook. This is without a doubt an album I'll keep coming back to. (stream the album here.) 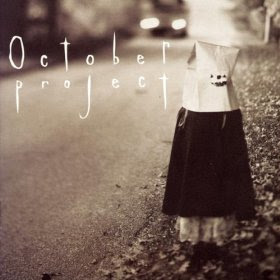 October Project - October Project
My biggest regret about my discovery of October Project this year was that it came during the hot summer months and not during the crisp autumn months. But as it turns out, I heard "Bury My Lovely" sometime in late June/early July and it led me to search out their debut album on iTunes. A few song samples later, I had purchased the entire album. See!? Sharing does lead to purchases! Anyway, this album is so solid and Mary Fahl's voice so soaring that I just can't get enough of it. As I mused back when I first wrote about October Project, this album was released in 1993 and how well it would have fit in with my 21 year old self back then. The most pleasant surprise of the year. (stream the album here.) 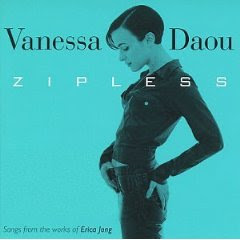 Vanessa Daou - Zipless
It shouldn't work - an album full of songs using the erotic poetry of Erica Jong - but somehow or another, it does! This album is kind of the opposite of October Project in that you can feel the humidity dripping off of it. In many ways, this album is very Erotica-ish, and not just because it was released in the same general time period. The use of spoken word vocals seems to predominate and there is a tinkling piano reminiscent of "Secret Garden." How can one resist songs such as "The Long Tunnel of Wanting You," "Becoming A Nun," and my candidate for least subtle double entendre (after Madonna's "Candy Shop") "Near The Black Forest." Zipless is not an album I pulled out every day of the year, but it was always there in a pinch. (stream the album here.) 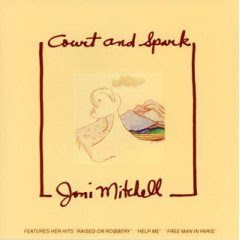 Joni Mitchell - Court & Spark
2008 will be the year that I truly discovered Joni Mitchell. She always existed on my periphery, but this summer, I was sent the song "Stay In Touch" from the latter-day Joni Mitchell album Taming The Tiger. The song was just perfect at that particular point in my life, and it encouraged me to seek out more of Joni's work. There is a plethora of it, and really, the starting point for everyone should be Court & Spark. It is pure poetry, from start to finish. It has songs that everyone knows ("Free Man In Paris" and "Help Me") but even the lesser known songs are worthwhile. One of my personal favorites is "People's Parties" which to me describes the introvert's experience at most parties. As I've said before, people with songwriting ability, especially the kind of songwriting ability Joni Mitchell has, just amaze me. And this is one amazing album that everyone should hear. (alas, it is not streamable anywhere!)