Be kind to my mistakes 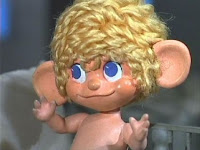 2008 is several hours from being ancient history. It's been a hell of a ride. I have had more ups and downs this year than in any year in recent memory. This is neither good nor bad - rather, it just is. It's been a year full of new faces and old ones reentering my life. It's been concerts and road trips and Guitar Hero and all the other things that made 2008 what it was. It was 275 blog posts (including this one), reaching my 5th year of blogging and my 1000th post within a few weeks of each other. We lost some people this year who shuffled off this mortal coil - my last grandparent, Jeff's mom, and we lost other people due to the continental drift that seems to pervade most relationships.

Robbie over at Chart Rigger did a 2008 highlights post - I have a few of my own as well.
And those are just the highlights. I am not a fan of New Year's resolutions - mostly they just set you up to fail. But if there's any one thing I want to do in 2009 is to take Kate Bush's advice and be kind to my mistakes. I am perhaps my own worst critic and do not always treat myself very well - at least not with the same sort of kindness that I save for everyone else. But this year, I'm getting some of that if it kills me.

I can't remember a time that was more uncertain than right now. But if we all are just a little bit more forgiving of each and other and be kind to each other's mistakes - as Ike & Tina Turner said, I think it's gonna work out fine.

i love the honesty of your blog. I was quite happily celebrating the end of 2008 last night and looking forward to 2009. Then this morning i was surprised to be struck by this wave of regret, remorse and bitterness over the things that have gone wrong in the past year and continue to affect my life - be kind to my mistakes is just the motto i need to pull me out of this funk that i really wasn't expecting...