A quick one-off post as I have been busy and working and shoveling snow that does not want to stop falling. Seriously, snow or sleet or ice in the forecast EVERY DAY for the next 5 days. Welcome to Iowa.

My best of song-list is in the coming - it is not the 80 minutes that I usually like to do and topped out at 16 songs. However, there are a couple of songs that did not make the list that I listened to a ton this year. I am also quite embarrassed to admit to liking these songs. Quality-wise, they are not the best, but there is a large gap between how good these songs actually are from an artistic standpoint and how much I love the hell out of them. So they get their own post. 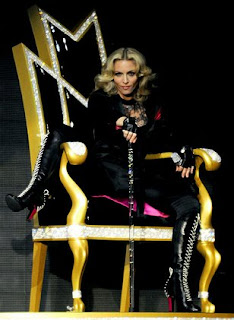 Candy Shop - Madonna
Fuck it. I love this song. I hated this song when it leaked about 9 months prior to Hard Candy's release. I found it to be so far beneath Madonna that it was practically subterranean. But just before Hard Candy leaked, I found myself listening to "Candy Shop" more and more. I don't know what it is about this song that I love, because really, it is an embarrassment for Madonna. She is capable of so much more! But sometimes going back to the lowest common denominator can make one feel oh-so-good while feeling oh-so-trashy. Despite my initial reservations, it was the perfect opener for the Sticky & Sweet Tour. While emerging on the M throne is no coming out of a disco ball, the "Candy Shop" entrance really is iconic Madonna. And Madonna really seems to enjoy the song, and so do I. As another diva said, it's not right, but it's okay. 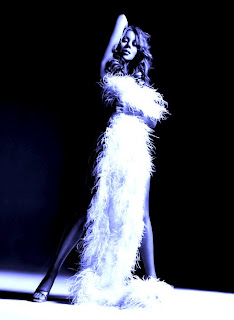 I'm That Chick - Mariah Carey
Hell must have frozen over (along with everything else) because E=MC2 is the first Mariah Carey album since the debut that I have not hated right out of the box. Mariah lovers, leave me alone! To each their own. OK, I kind of liked Emotions, but anything post 1993 has not really been appealing to me in any way or form. But when you get right down to it, I probably like E=MC2 and Hard Candy about equally. I can still live without the random rappers and vocal acrobatics that Mariah seems to employ, but both were in much shorter supply than in previous outings. "I'm That Chick" is probably my favorite song from the record. It is probably the most politically incorrect song (seriously, someone got in trouble at work for using the word "chick") on the album, but it has a groove that I cannot get out of my head. Between that and "I'll Be Loving You Long Time" (a song with an inadvertent politically incorrect association) it's the best Mariah has done in quite a while. Which, considering my track record with Mariah is not saying much, but I'm just saying.
Posted by Dan at 12/17/2008 06:24:00 PM

I have to agree. I hated Candy Shop too. Just thought it was Madonna from the Bizarro dimension or something. But it grew on me, especially the "my sugar is raw" part, and I couldn't agree more that it was the perfect opener for the tour. I'm hoping the next album will be a return to excellence for our Madgie. And pencil me in for the next tour too!

I'm one of two with you, and I think you know which way I'll go with it. "Chick" is threatening to be in my top 5, if I get around to finally fleshing it out.