Would you look at this? Ask, and I received. 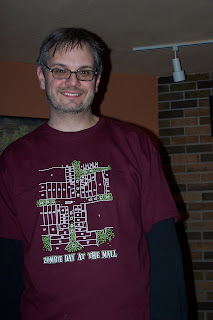 (I am also pretty sure my hair has never been longer. And I love it.)

And as if that were not enough, she got me something for Christmas that 1) I didn't know I wanted and 2) I didn't even know existed! 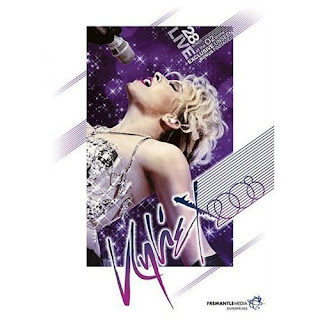 It's the Region 2 DVD of the KylieX 2008 World Tour! We watched the lion's share of it this afternoon and say what you will about Kylie, she knows how to put on a show. It is so detailed and intricate that it is nearly in league with a Madonna show. Too bad she will probably never tour the States (talk about a show I would travel ANYWHERE in the continental US to see), and if she did, she wouldn't be able to fill an arena bigger than C.Y. Stephens save in the most metropolitan areas. Not exactly the best place for a spectacle such as what is contained on that DVD.

Here's one of my faves - "LoveBoat" - even incorporating some of the theme from "The Love Boat." When Kylie emerges after the lengthy intro, Anna says, "Dad, she has Dolly Parton hair!" WTF?

A really great Christmas around our house. I hope everyone else had a good one! I also wanted to take a moment to stop and thank everyone who stops by this blog and reads my words. And I want to especially thank everyone who arrives here looking for a picture of Mbwun. That is by far my most popular post thanks to a Google Image Search.

What an awesome two-fer! Glad it was a successful holiday for you, and here's hoping that 2009 is even better. Be well.

sounds like you had a fun day :) Thanks for sharing!!