A CD lives up to its title 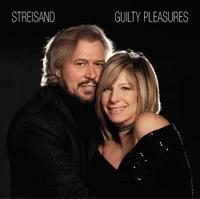 I've been fond of saying that this is the best fall ever for new music. There's been something new released just about every week in the last couple months that I've been interested in--and it's going to get capped off with Confessions On A Dance Floor on November 15th. But one of the CDs that's been getting all sorts of play on my iPod this fall is Barbra Streisand's new CD, Guilty Pleasures. I was a bit leary of this CD, as she really hasn't released an album that I've liked since 1994's The Concert, and that wasn't even new material! I mean, let's see, we've got 1997's Higher Ground (yawn!), 1999's A Love Like Ours (even more yawns!), 2000's Timeless: The Concert (a pale imitation of 1994's The Concert), 2001's Christmas Memories, and 2003's The Movie Album (how about singing some songs from some movies some of us have actually heard of, Babs?) So needless to say, it's been a rough 11 years for me as far as Barbra's music. Say what you will about her politics, she's definitely got the voice.

And the voice is what shines through on Guilty Pleasures. It's the most successful attempt she's had at a solid pop album since, well, Guilty. The biggest problem with most of Barbra's latter day albums have been all the songs sound the damn same, and while there's a few songs on here that get dangerously close to that, I feel like even the ballads are distinct enough that they don't just blend into one long insipid cheesefest. She clearly benefits from Barry Gibb's songwriting, and even though the production is a little bit to clean and pristine, it's okay because the songs are interesting in and of themselves.

The highlights for me are definitely "Stranger In A Strange Land" and the disco number "Night of My Life." I had given up on ever hearing Barbra cut loos like that again, and even though some argue that the track is a train wreck and that Barbra can't sustain a disco track, she does a pretty good job. Gibb's harmony vocals give her support and she seems to be having fun recording for the first time in forever.

Her perfectionism and pristine production aside, it's a very capable record that definitely exceeded expectations considering her pretty dismal track record over the last 11 years for me.
Posted by Dan at 10/24/2005 10:13:00 AM