Zen and the art (and calculus) of dishwashing 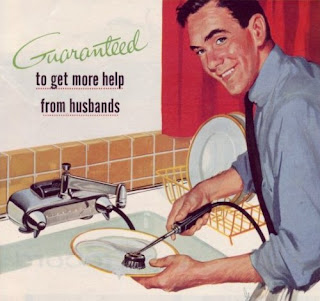 I take a quiet satisfaction in washing dishes. It's true - and yes, I realize that it's also crazy. There's a standard line in our house that doing dishes is "man's work." This is especially true when we host parties that include meals. I still remember the first time that a boyfriend of a friend of ours came to our house for Christmas. The meal consumed and the dishes stacked, Heidi said to him, "Just so you know, the men do the dishes around here." He thought she was joking until the rest of us guys headed for the kitchen. He wasn't sure what to do.

Early on in our marriage, Heidi and I made a pact. I would do the dishes if she would take care of the outside work. Well, that deal hasn't quite worked out like we anticipated it would and now, I end up doing almost all of the outside work as well as the dishes! How did she luck out? But it's true, I do enjoy the solitude that washing dishes by hand provides to me. Heidi will often offer to help, but I generally send her off to do something else and take the time to just be by myself. I tend to put my iPod on shuffle and just go with whatever comes up. If it's something I don't necessarily want to hear, my hands are usually too wet to change it so I listen to it anyway. The randomness of the music that goes with dishwashing is half the fun.

It sounds kind of new agey, but there is also something about putting your hands in water that is oddly therapeutic. Over the weekend, I haven't put anything in the dishwasher, instead opting to wash everything by hand. This accomplishes a couple of things. First, the dishes actually get clean. I don't know what it is about our dishwasher but it just doesn't seem to be doing the job it used to do. You practically have to wash the dishes before you put them in there, so I figure why not just bypass that altogether. I could get it fixed but I'm just not in the mood for another $60 American Home Shield service call.

The second thing that not using the dishwasher affords you is the satisfaction of getting very close to what I refer to as "clean dish max." Using something I learned in calculus and applying it to household chores is something only I would do. "Clean dish max" is the point at which every dish in the house is clean and in the cupboard. It's a glorious thing. It's SO SATISFYING to watch the cupboard fill back up - although I will admit to being more than a bit frustrated by the fact that all our coffee mugs will NOT fit in the cupboard and trying to make room for them is definitely a challenge. But "clean dish max" is, in and of itself, a challenge. Inevitably, someone is using a glass or a bowl somewhere in the house and just as soon as you've let the water out and rinsed the last of the soap out of the sink, they come and plop that dirty dish down on the clean counter. So you see, you can't ever be there (although we're damn close right now.) 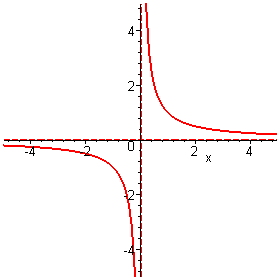 he same theory applies to laundry but even moreso. Unless you're doing laundry naked, it's pretty much impossible to be at "clean clothes max." Much like doing dishes, it can only be approached but never reached. It's like an asymptote in calculus. The line can approach zero, but it never gets there, not even if you go out to infinity. I remember that concept blowing my mind when I took calculus in high school. Surely it got there eventually!? But no, it never does, just like all the dishes are never washed nor are all the clothes ever clean.

Because of this common bond, it's not surprising that I also take a great deal of solace in folding laundry. It's not on the level of dishwashing for me, but it's a quiet activity that generates order from chaos through the exertion of energy. I'm not so great about putting said laundry away as it's not unusual for me to be still taking clean clothes out of a basket as Heidi tells me to "bring out your dead" as it's time to do laundry again.

Interesting! I end up doing the dishes too, and I also iPod it (usually with an audio book). For us, it ends up being a division of labor around who dislikes what more -- I like cooking just fine, but so does Jenny. I don't mind dishes much, but Jenny really dislikes them. So she usually cooks dinner while I play with the kids, then after dinner she plays with the kids while I do dishes.

And I know what you mean about the clean dish max. For us, it's sippy cups that don't all fit in the cupboard at the same time.

I know what you mean. Heidi really REALLY dislikes dishes and it seems silly for her to do them when I actually get pleasure out of it.

Don't get me wrong though, there are times I despise dishes. Anything that results in all pans being dirty or having baked on crap makes me crazy. But I still was them with a smile and a spring in my step! ;)