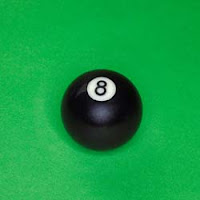 I was recently tagged by a fellow blogger (V over at Gravity & Fusion) for the 8 random facts meme. Initially I wasn't tagged, but it seemed like fun so I thought I'd do it anyway, commenting as such on his post. After that, I was officially tagged. So here goes.

1. first, post these rules
2. post 8 random facts about yourself
3. write a blogspot about those facts
4. tag and name 8 more bloggers
5. tell them that they're tagged at their blog

Fact 1: As a child, I flunked dunkers.

My parents spent (and wasted) a lot of money on swimming lessons for me as a kid. I remember being afraid of the water as a kid, but the story that sticks out in my head was when I was in the "dunkers" class. All you had to do to pass dunkers was put your head under water. Do you think I could manage that? Not a chance. Since then, I've lost my fear of the water but I'm afraid I'll never be much more than a passable swimmer and will never fully shake my fear of drowning.

Daisies are the most perfect flower, with their yellow centers and long white petals. I'm trying to grow a daisy plant in the backyard flower bed and I'm just hoping it doesn't get choked out by weeds.

Fact 3: I have a severe soft spot for Diet Mountain Dew.

And lucky for me it's Diet Mountain Dew and not regular (which one of my coworkers at a previous job referred to, rather uncouthly I might add, as "diabetic piss") I don't know if it's the caffeine, the carbonation, the flavor or some combination of the three, but it is a serious weakness. When I was purging caffeine a while back, it was the Diet Mountain Dew that I missed the most, not the coffee.

And it was only my brother's wedding in Phoenix that did it. Although if it hadn't been that, my date with Madge for the Re-Invention tour would have delayed my first flight by a mere 10 days.

Fact 5: Despite all my efforts, I simply can't get into Mika.

I just don't get him. At all. Sure "Grace Kelly" is catchy, and I really love "My Interpretation" for it's kiss-offness and attitude, but I don't get the rest of it. He seems like yet another pop star by committee with not an ounce of spontaneity and that really gets under my skin. I was waiting at Best Buy today to do a rapid exchange of my THIRD iPOD of the summer and the "Love Today" video was on. And it just didn't do anything for me.

Fact 6: Even though I am an introvert, I am always looking for new people.

And it's not because the newness wears off of the people in my life and I feel compelled to seek out something (or someone) shiny. I don't think that I could have stayed married to the same woman for 10 years if that were the case. But I guess I really think that if we get only one go around in this world, why not have as many people touch your life (and vice versa) as you can? You can't have the same intensity of relationship with all of them, naturally, but it's ok.

Fact 7: I am giving some thought to going back to being clean shaven.

My biggest reservations: 1) Anna has no memory of me without a beard (other than from photos from when she was a baby.) 2) Heidi really likes it. and 3) The maintenance on a beard is so much easier than on a clean shaven face. Plus it saves money on razor blades like you would not believe!!

Fact 8: It may sound crazy, but I am thankful for the internet because it has allowed me to find my community.

If this were 15 years ago, I wouldn't have the privilege of knowing so many of the people that feel like family to me. It's been so wonderful to be able to find a lot of people that have similar interests but also expand my horizons. Now I just have to figure out how to transfer some of that community into real life flesh and blood. Reading Heidi's book that she just finished there is this colorful cast of characters that are always supporting each other and there for each other. And yes, I realize it's fiction. But certainly that exists somewhere, right?

Daisies are really nice, but I found sunflowers to be the most fun to plant and watch grow. They're amazing.

I acted on the "tag" and prolly got way too TMI in mine, but I really liked your facts.