I think this has been the longest 5 days at work in the history of the world. I am very much looking forward to my day off tomorrow, even though a good portion of the afternoon will be spent listening to the piano tuner tune the piano. 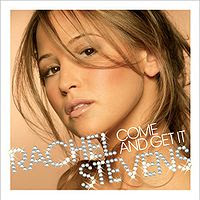 Quite out of the blue, I started listening to Rachel Stevens again. God, I love that album. It's one of the albums from the fall of 2006 that I am still able to listen to. The first song I ever heard of hers was "I Said Never Again (But Here We Are)" that was on a compilation CD that I purchased at Borderline Music in Chicago. But the song I am loving these days is "Dumb Dumb." I can't get enough of it.

Speaking of dumb dumb, I have spent a good chunk of the last 24 hours trying to rid my computer of some spyware that managed to make it on despite my best efforts to keep the computer spyware free. I had noticed an abundance of pop-ups and pop-unders in the last few days. Stupidly, I had let my Norton Antivirus lapse and after spending 40 bucks to update that, it found a ton of shit that was bogging down my computer. I also e-mailed my computer guru brother-in-law who recommended Spybot and that also found some stuff. However, I am still noticing a pop-under every now and again. It has something to do with Google searching, I think. I am afraid that I may have to wipe the whole thing, but that is probably an over-reaction. The worst that will happen (more than likely) is that it will have to go to Best Buy and be cleaned out. I did buy the performance plan when I bought the computer but I will bet you a million dollars that this is not covered under the performance plan! (Look ma, it's just like health insurance!) My next computer is going to be a Mac, no doubt about it.

I am almost completely done Christmas shopping, if you can believe it.

Still plowing through The Amazing Adventures of Kavalier & Clay. XO mentioned in the comment section of that post The Object of My Affection. I, too, read that book many years ago. It was after I had seen the movie, and the book is much more melancholy than the movie. But I suppose that was inevitable. But his mention of it made me at the very least want to rewatch the movie. I am pretty sure that I got rid of the book.

My year-end best of lists are in the offing. Expect the first probably next weekend. I will admit that I am having trouble getting 80 minutes for the year-end song post, so it might be less than that.
Posted by Dan at 12/01/2008 10:37:00 PM

That album is STILL immense to listen to now as well, isn't it?

When I first saw the photo, I was like "Dayum, Mariah's looking awful flat!" LOL

I think Mariah would have fired an entire building of photoshoppers if any of her pics came out looking like that!

"Dumb Dumb" is a great song! Rock on!

I am not a fan of the movie of Affection. Rudd was well cast but Aniston was a disaster! It was sad because Nick Hytner did it and yet it reeked of Hollywood.