A lot of year end song lists are starting to trickle in across the blogosphere, and here is mine. My tradition has been (for the last couple of years anyway) to do 80 minutes of the best music of the year. This year, I am not able to do that. So you'll have to settle for 16 songs, 66 minutes. The thing about this list that is the most interesting to me is that it is 50% male artists/50% female artists. That is NOT something I would have expected. As usual, in no particular order. 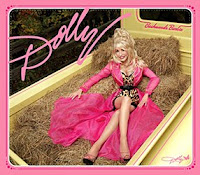 1) Dolly Parton / Backwoods Barbie
A solid country song that is, oddly enough, also a Broadway show tune from 9 to 5: The Musical. Written about Doralee, it could just as easily be about Dolly herself. This is the first song of hers in a while that is worthy company to classics like "Coat of Many Colors" and "Jolene." She hit this one out of the park.

2) Goldfrapp / A&E
I am not really into The Seventh Tree and Goldfrapp I can really take of leave (I know. Blasphemy.) But for some reason this song became part of the soundtrack of the year, even though I didn't really realize that it was doing so. I have really nothing more to say about this song than what has already been said much better in other places.

3) Janet Jackson / Rock With U
"Rock With U" sounds like classic Janet - as if it were a refugee from Rhythm Nation or even Janet. She swipes the title from one of her brother's hits and it becomes my favorite Janet Jackson song since "All For You." 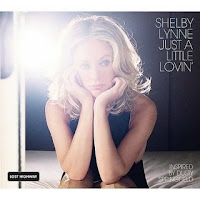 4) Shelby Lynne / Just A Little Lovin'
From Shelby Lynne's album of Dusty Springfield covers, it is perhaps the most soft-spoken song on this list. For me, the definitive version of this song is not Dusty Springfield's, but rather Streisand's from the Stoney End album (which I have discussed ad nauseum on this blog) but Shelby Lynne's version is more than capable. The entire album really is top notch - a good winter album, if you know what I mean.

5) Peter Bradley Adams / The Longer I Run
One half of eastmountainsouth, Peter Bradley Adams is very much like a male Alison Krauss to me - some great songs are in there, but a little bit goes a long way. This song is one of the best. Another great autumnal song that I played the hell out of as the year drew to a close. 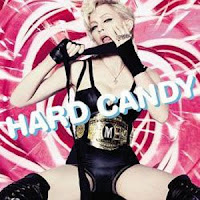 6) Madonna / Devil Wouldn't Recognize You
Easily the best song on Hard Candy, it was the good stuff that floated to the top of the album almost instantly for me. Just look at how effortless the juxtaposition of Madonna and Justin Timberlake is in this song, especially compared to how he was shoehorned into "4 Minutes" (or was it Madonna that was seemed forced into that song?) Many called it Hard Candy's "Cry Me A River" - but certainly there are worse things. It was also a highlight of the Sticky & Sweet Tour. I can't wait for the DVD so that we can see that as it was meant to be seen once again - the YouTube videos don't do it justice.

7) Coldplay / Viva La Vida
I resisted Coldplay, but I was won over by "Viva La Vida." Even Heidi was! And neither of us ever even saw the Apple commercial in which it was featured. I never thought Coldplay would be in the best-of list of any year, but I guess this just goes to show that there is no telling what will happen.

8) Casey Stratton / Congratulations
Casey released no fewer than six collections of songs this year (two full length albums, two collections of B-sides, a collection of songs from his podcast and an EP) and on them, there were many good songs released. I also felt like there was a lot of filler. However, of the songs that stood out this year, "Congratulations" narrowly beat "You Wanted Out" for a place on this list. The song perfectly encapsulates the direction I so desperately want Casey to go with his music - emotionally open and vulnerable lyrics disguised with a pop sensibility that belies the serious nature of the lyrics.

9) Will Young / Let It Go
With "Let It Go," Will Young recorded the perfect sensitive guy song. It is neither creepy nor maudlin, but rather it is real and reflects a lot of things that many men think but either don't admit or don't allow themselves to feel. Probably my favorite song by a male artist all year.

10) Madonna / Miles Away
The second of two Madonna songs on this list - it is the most classic Madonna sounding song on Hard Candy. It also gave us the year's best remix (A Crowd Electric's version) which was unceremoniously yanked due to Warner having a hissy fit over it's release (even though they released the damn a cappella - what did they expect?) Bittersweet arpeggios and an earworm of a chorus - it would have been a number one hit in 1991.

11) Sam Sparro / Black & Gold
What I love about the Sam Sparro record is that it's a the kind of record that Prince used to make before he became insufferable. I think he will probably be a bit of a one-hit wonder, but it's a pretty good song to have as your only hit. 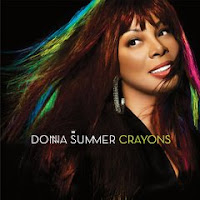 12) Donna Summer / Stamp Your Feet
This was almost the song of the summer, that's how much I liked it. What I loved most about this song is that it was recorded at all. It would have been so easy for the 60-year-old Summer to comeback as a female Rod Stewart and start doing songs from The Great American Songbook. Instead, it was a solid dance album and this song was probably the best one on there. I just wish the video were even half as good as the song! (I could have done a better job and they spent the entire budget of the video on the camera lens to make Donna Summer look 35.)

13) The Killers / Joy Ride
Another group that I have been resisting, I have really ended up liking Day & Age quite a bit (I was moved to buy it when it was $3.99 on Amazon MP3 a while back.) I'm sure the presence of Stuart Price as a producer had absolutely nothing to do with it. I wasn't a big fan of "Human" but "Joy Ride" is a standout track for me. The intro reminds me of Konk's "Love Attack" from the Bright Lights, Big City soundtrack. I am still not super moved to seek out other Killers material, but this one will do nicely.

14) Darren Hayes / Dress You Up
I swear that Darren Hayes did this in his sleep, but the result was fantastic! A cover of the 80s Madonna classic which was available on Darren's myspace for a limited time, it is both an homage to the original and also injects a bit of Hayes' own sensibilities. What I love most about it is that it incorporates most of the ad libs from The Virgin Tour performance of the song. My favorite cover of the year.

15) Scott Simons / Start of Something
This was my favorite song of the fall. It was in such heavy rotation. It appealed to my own tendency toward introspection and was also catchy as all get out. He has a bit of a Michael W. Smith vibe to him that could potentially become grating, but overall, I think he is an exciting new voice. His cover of "Umbrella" was also something that I discovered this year, but not released this year and was, therefore, not eligible for this list. But you should check out both of these. 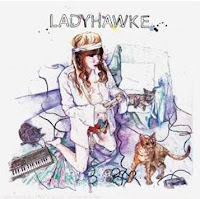 16) Ladyhawke / My Delirium
If you take the best parts of Stevie Nicks and Pat Benatar and throw in a dash of Deborah Harry, I think you might have something that approximates Ladyhawke. We have not seen the likes of someone like her in a damn long time. One of the last songs on this list to be discovered, it was a pleasant way to round out the year.
Posted by Dan at 12/18/2008 11:43:00 PM

oh i love year end lists. this one is ace. i agree re: the madonna tracks and have exactly the same sentiments about Coldplay that you do it seems. Still, i can't believe you have been resisting the Killers! say it ain't so!!

Hi Dan, It's Sparrow from A Crowd Electric. David and I just wanted to say thanks for the shout in this year's list. We really appreciate it, and we're psyched you like the track. We can't agree more about A&E. That song was like a breath of fresh air. It's amazing when you see bands pushing themselves into completely new territory - and then owning it like that.

On a side note: EQ (www.electroqueer.com) did a cool video interview with Darren Hayes that you should check out...

Anyway, thanks again. We have some cool things in the works at the moment. Lets just say our lives have been a Circus for the past month.

Nice list, Dan. Great to see Dolly get a shout out! I do have to agree that "Devil" was visually stunning live. I hope the DVD captures that realism!

Awesome list, so happy to see My Delirium has resonated with as many people as I had hoped it would when I first heard it. Such a special, special song.

Look A Crowd Electric! Anyway, we have much in common on this list.

But I need you to close yourself away and play Seventh Tree on headphones a few times. :)

Thanks to all who commented! These lists are a bit of a labor of love and it's always fun to compare year-end posts. Steve, our lists are fully 50% the same!