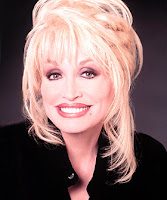 Well, I've purchased my first set of concert tickets for the year (and as it's shaping up, they will likely not be my last.) And it is for none other than the First Lady of country music - Dolly Parton. She will be at the Northrop Auditorium in Minneapolis, MN on February 28th. It will, naturally, require me to use two vacation days to go since Minneapolis, while closer than Chicago, is still a drive. It will also require me to have daily sacrifices to the weather gods to keep the snowstorms and ice storms at bay.

I have followed Dolly's career for such a long time now - in many ways, this is the fulfillment of a lifelong dream. I am very excited to see her in concert, and it doesn't look like the venue is a huge auditorium either - it seats around 5,000 people. My seats are not the greatest - a bit too far to the edge of the auditorium than I would have liked, but what the hell.

Anyway, here's a clip from the first Dolly Parton concert I ever say - on HBO back in the early 80s. I must have watched that concert a hundred thousand times. I remember holding a tape player up to the speakers to record the audio. Yes, I am a nerd. But I am proud of it.

I think Dolly is the Fab! I'm so happy to know somebody else who does too ;-)