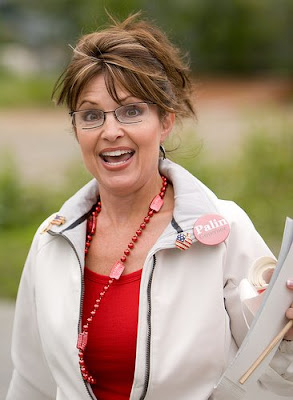 I honestly can't believe that the McCain campaign has not decided to use Dolly's "Backwoods Barbie" for Sarah Palin. But that would, of course, require Dolly to OK the use of her song (or would it?) and I think there is a greater chance of pigs flying out of my butt than that happening. Dolly is very evasive about her political affiliation, claiming that she's not political but "very patriotic." However, I don't think she is fooling anyone and I would daresay that her politics land left of center. She still has my favorite response to the "do you support same sex marriage" question:

And when asked whether she supports same-sex marriage, she jokingly responded, "Hell yes. You people should have to suffer just like the rest of us!"

I'm sure that would not be Palin's response.

I have tried to be quiet on the blog about political things as 1) it usually gets me into trouble and 2) I feel like half the time I go off half-cocked and don't make sense, which leads to #1. But anyone who thinks that Palin is qualified to be the dog catcher, let alone the vice-president of the United States is, as Celine Dion would say, seriously misled. She would be, with not one iota of foreign policy experience (except for the fact that Alaska is close to Russia) second in line for the presidency - the president if something happened to McCain. Hmmm...for whatever reason, that does not make me feel any better about how she might handle the Georgia/Russia crisis. Talk about on the job training.

Ultimately, the choice of Palin speaks very poorly about McCain's judgment, which I think helps the Democrats immensely. But I've seen defeat snatched from the jaws of victory before (see 2000 and 2004) so I will not believe it till I see it. If we vote them into office, we will get exactly what we deserve.

I just hope we're smarter than I think we might be. I thought we were smart in 2004, and we weren't. Let's hope we learned from that experience.

And because I can't end on such a sour note, here's my favorite shot of Dolly from the Backwoods Barbie tour book. I would seriously die if I were walking through the woods and saw Dolly Parton FISHING in that outfit. 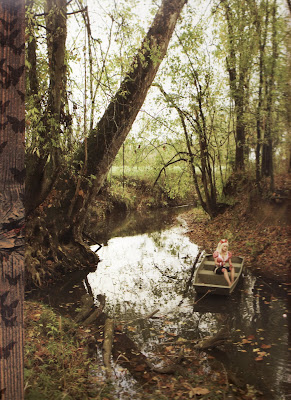 Great minds! I didn't even see your post today before I'd posted mine, but at work today, and all day whilst I've been sick in bed, I have not been able to get this woman out of my head. I was discussing her with a colleague today and she said watching Palin's speech the other night left her paralyzed with fear. That is REALLY scary.

I remember following the political race quite intensely in 2004 and, being in another country observing from the outside, what eventuated was so disheartening for me as an 'outsider,' I can't even imagine how frustrating it was for those living in the States.

I, like you, hope like minded people put their votes in so we don't have the heartbreaking repeat of years gone by.

She looks like she'd be pretty hot in the sack.

Plus, her cock is probably enormous.

When Jeff and I were talking about her this past weekend, I nicknamed her "Northwood Barbie". Great minds think alike, eh? :)

Although Tina Fey isn't on SNL anymore, the resemblance is uncanny, and someone on Facebook has already dedicated a group honouring said resemblance, albeit Fey's character on 30 Rock but still, an amazing group no less:

Love the title! How appropriate.