The truth has come down now 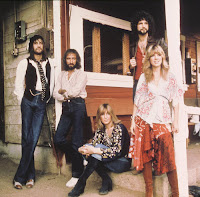 This morning while I was getting ready for work, I heard Fleetwood Mac's "I Don't Want To Know." I thought to myself, "I should really write about this song" as it has always been a Fleetwood Mac favorite of mine. I kind of forgot about it until I heard it again at work this morning, on the radio no less, and I figured "this must be a sign." So here I am.

Since then, "I Don't Want To Know" has been persona non grata. To my knowledge, it has never been performed live. It was not a single and has not appeared on any Fleetwood Mac compilations, not even The Chain box set, but "Hold Me" wasn't on that one either, which is an even more unbelievable omission. Well, I am going on record here and now as saying that I prefer "I Don't Want To Know" to "Silver Springs." And not by a razor-thin margin either. By a lot.

It's not that I dislike "Silver Springs" - far from it. It is certainly one of Stevie's best realized songs as a songwriter. It is lyrically and musically strong. The imagery is vivid. The vocals are solid. I can understand why she wanted it on the album. I tend to think that Mick's "it's too long" reason is bullshit - it's only 4 minutes something, but I suppose that vinyl might have had more significant time limitations. I just prefer the fun of "I Don't Want To Know" over the why-so-serious of "Silver Springs." I have always said that if I were in a band, "I Don't Want To Know" is the Fleetwood Mac song I would cover. If I ever learn how to play guitar, I want to learn how to play this song.

Stevie is on record as saying that it was just a fun guitar song she wrote, and honestly, she's right, but what's wrong with that? I just can't help but love it. It's one of those songs that she wrote that was perfect for Fleetwood Mac if for no other reason than the tight harmonies. I just could not imagine this song on one of her solo albums. It is also one of her more "down to earth" songs in that it is not all mysterious and witchy and what-the-hell-is-she-singing-about? Also, it just simply makes me feel good when I hear it. There is a lot of raw emotion in "Silver Springs" but "I Don't Want To Know" is a little subtler, adding a spoonful of sugar to the nastiness that was Stevie & Lindsey's relationship back then.

So even though I really do prefer "I Don't Want To Know", I'm willing to let the songs coexist. I am, however, absolutely militant in my opposition to attempts to shoehorn "Silver Springs" on to Rumours re-issues, as if it were part of the original album. Put it on a bonus disc, record it live a zillion times, but DO NOT try to alter a classic album. Period. Really, I'm kind of opposed to all those "expanded editions" of albums anyway, especially when they are blatant cash grabs. I didn't buy the Fleetwood Mac re-isssues in 2005, but apparently Rumours is getting the deluxe treatment this year, so we'll see if they do anything with "I Don't Want To Know."

That song will always be special to me, even though Stevie will likely never ever sing it.

Meanwhile, I found this picture that I have never seen before. I think it is Mirage era (based upon the look Stevie has going) but it's hard to tell. 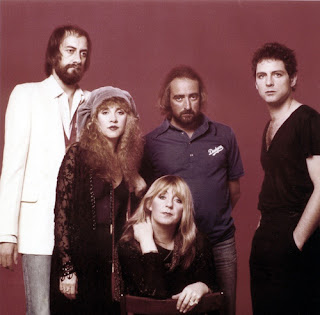 Mirage or possibly even Tusk, based on Lindsey's "waif chic" look. ;-)

Silver Springs is a beautiful song, too, but I'm with you all the way when it comes to the record label George Lucasing-the original album.

Beeyotuch! Tell it to hand b/c the face ain't listenin'!

Stevie Nicks opens a can of whoopass all over Lindsey!