So close yet so far 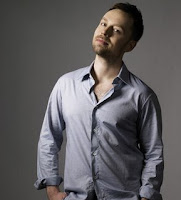 According to Darren Hayes' MySpace blog, he's going to be doing a handful of U.S. dates in March. What I would give to be able to go to one of those concerts! It's funny, I was never wildly crazy about Savage Garden. I mean, their stuff was pleasant enough and certainly appealed to my pop ear. But I never really liked "Truly Madly Deeply" mostly because I heard it a million and one times on the PA at work when I worked at Drug Town in Iowa City, but songs like "I Knew I Loved You" and "I Want You" are still endearing today despite similar levels of overplay.

Anyway, I have been quite fond of Darren's solo work, especially his last album This Delicate Thing We've Made which is probably tied with Mary Chapin Carpenter's The Calling for the best album of 2007 (according to me which is all that matters here.) I admire him for taking chances and doing music the way he wants to do it, rather than the way a record executive thinks it should be done. In so doing, he has made some memorable music and a near perfect double album, which is no small accomplishment. Sure there are a few songs that don't appeal to me, but how can you dislike an album with a song that manages to work laws of physics into the lyrics? ("If I have understood correctly/velocity equals the distance traveled divided by time.")

So one of the cities that is likely to be announced on this mini-tour of the States is Chicago, which is a drive from Ames, but doable. The thing that makes it not doable is my severe lack of funds for this kind of thing. It costs money to drive to Chicago and I'm sure the tickets won't be free. Plus I am not likely to be able to get the time off of work to do such a thing. I am fond of saying that if I lived in Chicago, I would surely be broke because I would constantly be going to live shows. The biggest reason I am not constantly going to live shows now is because, well, how many of the artists that I really like and want to see are likely to come to Iowa? We get our share of country artists at Wells Fargo Arena in Des Moines and at Hilton Coliseum in Ames, but the artists I like are either too big to need to play the Midwest or are not big enough to guarantee good sales in a rural area like Iowa. So I'm equally screwed from both sides.