The ghost of Halloween past

I don't know about anyone else, but it seems like Halloween has been an all-weekend affair this year. I guess that's what you get when you have trick-or-treating on Friday night and Halloween doesn't actually happen till Sunday night. Surprisingly, we really weren't all that into Halloween this year. A lot of that had to do with the fact that October was an amazingly draining month so by the time we got to the end of it, we really lacked the ability to put something fantastic together. We had a few friends over, but we didn't even dress up this year which is VERY unlike us. So since there are no new pictures of a costumed us, I raided my hard drive and found a bunch of photos from Halloweens past. 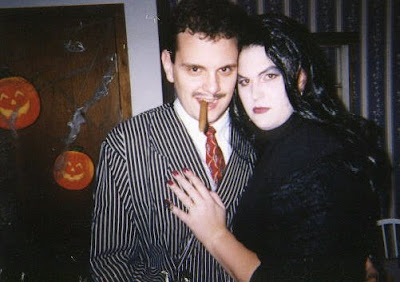 This is from the first Halloween party we ever had. We lacked the space for it so Jeff hosted it with us at his place. We went as Gomez and Morticia Addams. My sister Wendy went as Wednesday Addams but I can't find the picture of the three of us. She killed it as Christina Ricci's version of Wednesday. We weren't too shabby ourselves. 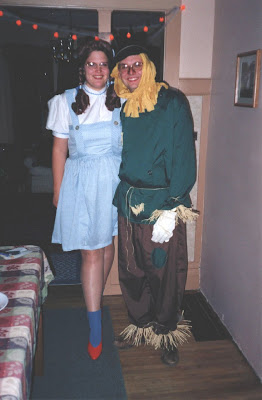 1999 found us hosting our first Halloween party in our first house. We went as Dorothy and the Scarecrow from The Wizard of Oz. Heidi made our costumes and I do believe we pulled it of pretty well, even though we had to be a bespectacled Dorothy and Scarecrow. 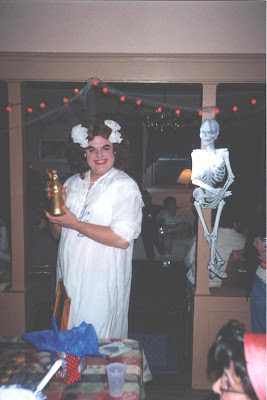 Never to be outdone, Jeff came to that party as Joan Crawford accepting her Oscar in her nightgown. Jeff, you have a level of courage that I can only aspire toward. 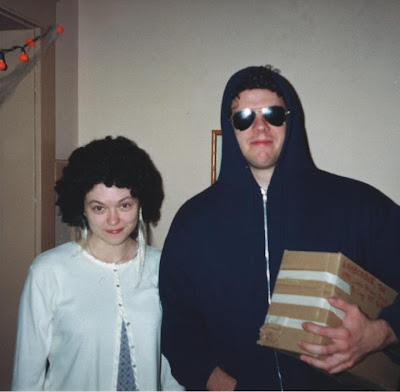 My brother and sister were living in Iowa City that year, so they came to the party as well. On the right is Ryan doing his classic Unabomber costume which was based on the famous artist's composite sketch. My sister arrived as "the new Jan Brady" complete with blond hair sticking out from her black Afro wig. Perhaps two of my favorite costumes ever. 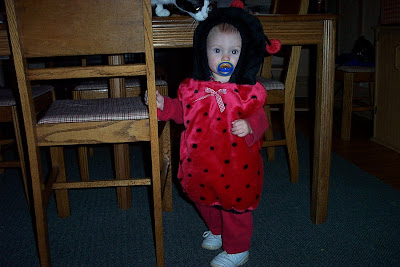 This is from 2002 - Anna's first Halloween. She was a ladybug that couldn't stop sucking on her pacifier. 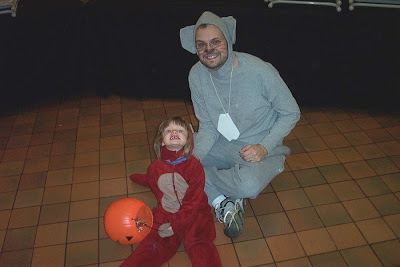 In 2004, Anna had to wear the cat costume that was worn by Heidi and all her sisters at some point. So I decided since Anna was going as a cat, I'd go as a mouse. That thing hanging around my neck is a picture of cheese but it's flipped around so it just looks stupid. 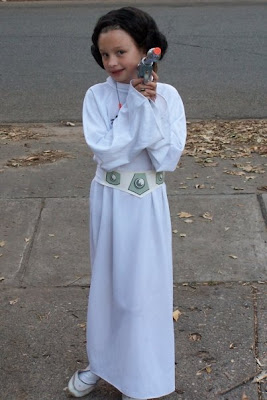 2008 we started doing Halloween parties again in earnest. Anna was Princess Leia that year on a "diplomatic" mission to Alderaan. 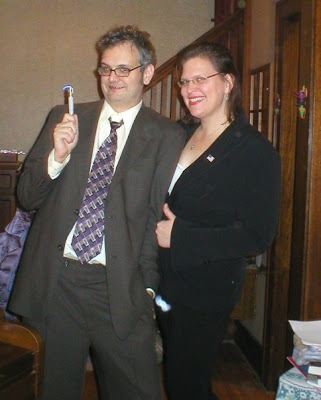 That was also the same year that I shaved my beard and went as David Tennant as The Doctor. Heidi went as the scariest thing we could think of - President Sarah Palin. Looking back, my resemblance to the Doctor is only vague at best, but I had a good time. 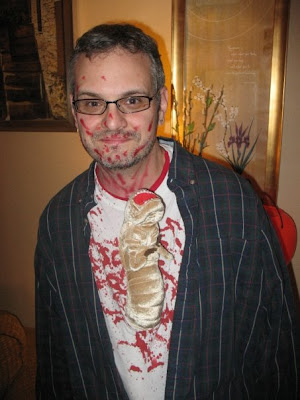 Last year's Alien chestburster victim is the best costume I've ever done. It was a little bit technically difficult to rig up, but once I figured it out, the rest was easy. I got more comments on that costume than any other. 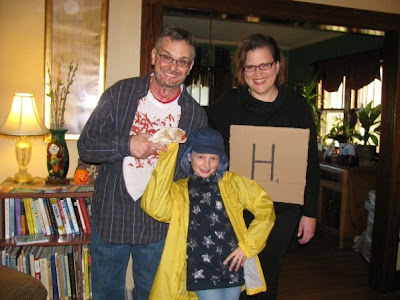 Heidi was a bit less inspired that year - going as the "H" Scrabble tile. Anna was Coraline from the movie version - complete with blue hair. 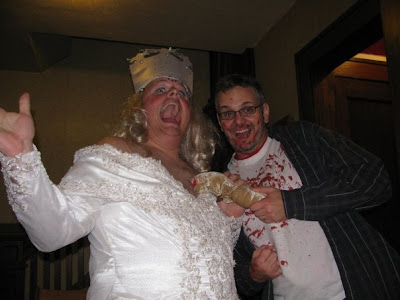 Jeff arrived in full Glinda regalia that year. I think that we both peaked in terms of costume ideas that year. No one does Halloween drag like Jeff. And it led to the very surreal picture below. 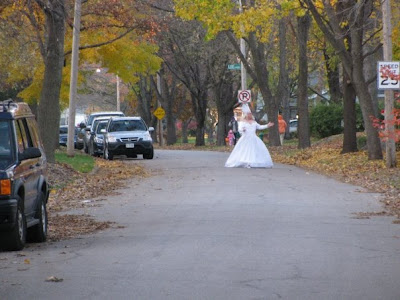