Put your hands up... 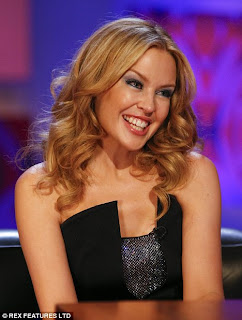 ...if you downloaded the leak of Kylie's Aphrodite. Like I was going to do it any other way. Don't worry, I'm still planning on buying it.

Others on the web have said it much better than I ever could, so I'll just leave it at this. This is what pop perfection looks like. There isn't a single misstep to be found. Part of the perfection is the illusion of effortlessness. You get the impression that she just farted this out and it was perfect as it was. There's little doubt in my mind that there was a whole lot more to it than that. Kylie's best music, like Madonna's best music, has always been that which appeared to require little or no effort on her part. As XO said in his review of Hard Candy, part of the problem with Madonna is that you can frequently see the gears turning. Not so with Kylie on Aphrodite. It just magically appears.

The early stand-out for me is "Put Your Hands Up (If You Feel Love)." I can't figure out exactly what it is about that song, but it just gets me at the base of my spine and makes everything okay. Sure the world seems to be coming apart at the seams these days. But in spite of that (or perhaps because of it), music like this is just the kind of tonic we need, because if you don't look away from reality every now and again, all you end up with is exhaustion.

Thanks to Heidi, I can't think of Kylie without thinking of Sam Keller and right now, my inner Sam Keller is in dancing himself up into a frenzy.
Posted by Dan at 6/25/2010 12:23:00 PM

Love love love it. I'm contemplating buying extra copies for friends as gifts. Must support the artist when she's in her prime like this.

Funny. I still can't think of Kylie without thinking about Neighbours.