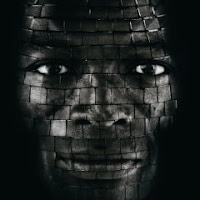 I have managed to have a listen to (thanks to the power of the internet) the new Seal CD, System, in its entirety. I am a bit of a fair-weather Seal fan, as I pretty much only know the singles that he's released but have never delved into an album of his headlong. Listening to the new record is causing me to rethink my position on that. Surely the library must have it for sampling.

In any event, System is quite a good record on the first few listens. I'm sure the fact that it is produced by Confessions on a Dance Floor producer Stuart Price is no small factor in how much I am liking it. The first single, "Amazing" is only okay, but the song that jumped off the album and grabbed me was "The Right Life" which, as Yuri so ably pointed out, is like a long lost cousin to Madge's "Get Together" from COADF. But since "Get Together" is really one of the most perfect songs on that album, why break the formula, right?

Of course, listening to all this Seal has made me think of his very first single - "Crazy."

As XO pointed out, it is a perfect pop single that was so utterly different from everything else at the time it was released. It was everywhere in 1991 - you couldn't turn on the radio without hearing it - and this was when grunge was really starting to catch on, so that was no small miracle. But I think, when push comes to shove, I would put Alanis Morissette's cover of "Crazy" right up there with the original. Even though it does sound a bit like celebrity karaoke, it transcends most covers almost solely because it's Alanis doing an almost note-for-note remake of a song I didn't think she would be all that interested in.

That is, until you listen to the lyrics.

"But we're never gonna survive...unless...we get a little crazy."

I remember listening to Alanis' version of this song with Heidi on a road trip we took somewhere - I think our trip to Chicago earlier this summer - and the simple truth of that lyric really hit us. Sometimes, we just have to get a little crazy and take risks and step outside the box and if we want to survive. I think the human condition craves this, and sometimes, we do a really good job of talking ourselves into just accepting the status quo and not allowing ourselves craziness. I think it hit so close to home because that whole trip to Chicago - our real first trip by ourselves since Anna was born - seemed so crazy in and of itself. The concert, the dancing to Blondie and Erasure at a goth bar where I was hit on by a gay guy - it was all so separate from my life here, it WAS crazy. It was fun. It was the stuff that talks to you. It's when you really know that you're alive.

Thanks for the shout-out Dan! I am more a fan of Seal's dance stuff (shocker, right?) than anything else. I also liked Alannis' version, which is quite different than Seal's, but in a good way. Honestly, I think Alannis' has received more ipod spins than Seal's so what does that say? :)

Following up on this idea, it seems to me you need to play Seal's Crazy while sitting in a subway car naked. Thank you disillllllusionmennnnt!

I have to say, I was a little underwhelmed by Seal's album - the production is wonderful, but a lot of the melodies were a little lacklustre and uninspiring. The Right Life does stand out by a mile though - it is such a great track, with a kicking bass line, and is best played very loud. It will probably be one of my songs of the year!