My friend Matt recently posted (on his brand-spanking new blog) about the white board in his cubicle and how it serves as a bit of a water cooler in his office. Over the past couple of weeks, he and his co-workers spent time listing their top 5 favorite TV shows, and when this had run its course, someone came in and laid down a fresh gauntlet - the top 5 albums of all time. When I first heard this challenge, I winced a bit. How could I possibly narrow down the lifetime of music that really has helped shape who I am today to five records? Plus, I was immediately reminded of my sister's natural aversion to the phrase "best [blank] of all time" because seriously, have you seen every movie and heard every album ever made? Not likely.

So instead, it boils down to the top 5 albums of all time according to Dan or Matt or whoever is making the list. I read his post yesterday before work and I chewed on what my answers would be for quite a while. I knew that a Madonna album would certainly make the top five. But which one? Do I go for the critical acclaim of Like A Prayer? Or the edgy Erotica? Or do I give in to temptation and name Confessions On A Dance Floor to the list? Tough stuff. And then came the problem of what would round out the top 5? To make matters worse, another stipulation of the list was naming a guilty pleasure album, "an album that you would still defend to this day." Wow, was I up to the challenge?

After much deliberation, this is what I came up with. Of course, in a month's time, I may change my mind, and there were a couple that I completely forgot about (Bella Donna would have probably been number six), but FWIW, here it is. 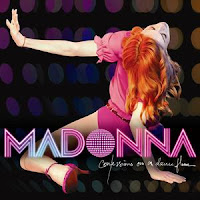 1) Confessions on a Dance Floor - Madonna
What can I write about this record that I haven't already written before? It merits the number one slot because I am still listening to it like it came out last week over 2 years later. In my 25 years of Madonna fandom, there is not a single album that has been played as much as this one has. From start to finish, a tour de force from Madge and one hell of an album to have to follow up come April of this year. 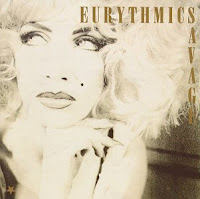 2) Savage - Eurythmics
Of all of Eurythmics albums, this is the one that has stuck with me through the years. I have never really wavered from it being my favorite of all of their albums, even though it was one of their least successful. Annie Lennox as the schizophrenic housewife-turned-blond-bimbo is just the perfect point to leap into the album. Fine songwriting, great production and wonderful vocals from Annie. A dark and enticing album if given the chance. 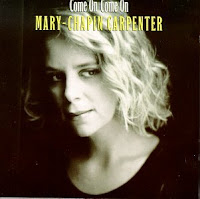 3) Come On Come On - Mary Chapin Carpenter
This was the album that got me into Chapin, and therefore, will always hold a special place in my heart. It was Chapin at the height of her commercial appeal, so some would argue that it should be demerited for that, but who says that a great album can't appeal to a large section of people? From the country-pop of "Passionate Kisses" to the somber "I Am A Town", there is simply not a bad song on here. 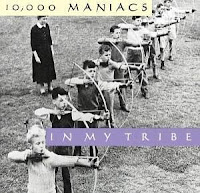 4) In My Tribe - 10,000 Maniacs
In one of my first forays beyond pop radio in high school, I came upon the Maniacs and In My Tribe hit me at just the right time in my life. Socially conscious thoughts set to a jangle pop sensibility. Arguably, 10,000 Maniacs never matched this record in terms of quality and consistency. And as I've written before, it contains the single happiest song ever written about seasonal affective disorder. 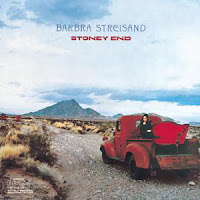 5) Stoney End - Barbra Streisand
Now, before anyone thinks that this is the guilty pleasure album, think again. Streisand has this enormous catalog that contains a lot of really good albums as well as some real stinkers. Her best albums are probably the hits albums at they extract the best songs from some ho-hum albums and put them all together, making them sound great. But Stoney End, for whatever reason, is an album I keep on coming back to. Streisand turns her back on standards and show tunes and embraces folk-pop-rock. Believe it or not, it actually worked, and it worked well. Riddled with memories of college for me, I am seriously considering getting a turntable just so I can play the vinyl copy I have. 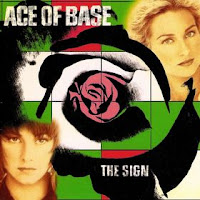 The Sign - Ace Of Base
"All That She Wants" was inescapable during the fall of 1993. It sounded like nothing else on the radio at the time, but was instantly accessible. There is no better way to get your early 90s on than to pull out Ace of Base. And on those grounds alone, I will defend The Sign until my dying breath. It's an album not likely to make many best-of lists, but it sure makes mine.

You're a braver man that I am, sir. I might have to attempt this challenge, but it'll be sheer torture.

Did you ever see the rotten comedy 'Slackers?' Not the Richard Linklater flick. The Ace of Base song 'I Saw the Sign' plays a prominent part. I actually really liked the movie. It's so bad it's good. Some really over-the-top garbage happens in it. Plus, Jason Schwartzman is in it and who doesn't like Max Fischer?

i how i love the sign by ace of base. So magnificent in so many ways. I've been pondering my top 5 albums of all time recently, and hoping to do something on it on my blog soon. I wanna know your top 5 tv shows!

I remember listening to "Stony End" off of my mother's album, "Greatest Hits, vol. 2." I didn't much care for the other songs, and it never occurred to me that she had an entire "Stony End" album. :)

I hope all is well in Iowa with the snow and the bitter temps. My tears freeze on my cheeks every morning as I walk to the bus!