A quick one-off post before work this morning. Thankfully, my alarm went off this morning which is more than I can say for Thursday. Even I need more than 15 minutes to get ready!

Casey Stratton has released the album artwork for his new record Orbit. And it looks great. 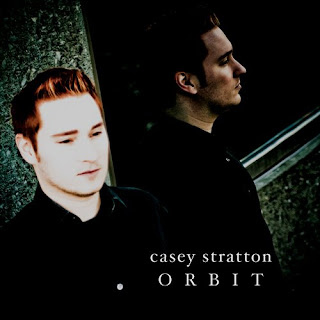 The music on it is as good as the cover. His last album, The Crossing, did not do it for me as much as his other work has, but Orbit is an interesting amalgam of what we've come to expect from Casey as well as some branching out into different sounds as well. Of course, there are emotionally raw lyrics aplenty which are the main attraction for me in the first place.

You can buy Orbit on Casey's web site in the digital store. Ordering the digital copy gets you the physical CD when it's released (limited time offer.)

I'm really hoping that he tours this year somewhere close to Iowa! I would almost skip Madonna for it because Madonna does not sign CDs and talk to fans after the show.
Posted by Dan at 3/29/2008 06:20:00 AM