Stop the press! Who is that?

It looks like Heidi and I are FINALLY going to see a summer movie this weekend when we head to Carroll to see The Dark Knight. There's no denying that the buzz surrounding this movie is good. I'm very eager to see it and hope that it lives up to expectations. I especially am excited to see Heath Ledger's take on the Joker. I just read the graphic novel The Killing Joke based on something I read in EW last week, so I'm kind of into the Joker right now.

But all this talk about Batman has made me wax all nostalgic for the 1989 Tim Burton version of Batman -- not so much for the actual movie, but more for its Prince soundtrack. Its an example of one of those CDs that I always intended to buy, but never managed to. I have always had a bit of a love/hate relationship with Prince, and its a rare album of his that I can actually sit 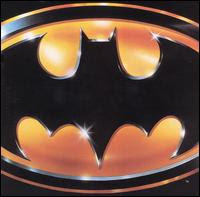 through. So once the Batman fever of that summer of 1989 died off and the single "Batdance" had run its course, the album itself kind of fell off my radar. But I found myself really wanting to hear it last week, so I went down to my local library, and voila!

As a Prince album, it was kind of critically maligned. And probably for good reason. It doesn't seem like many of the songs were written specifically for the movie (although movie dialogue abounds in quite a few of the songs.) But all in all, it's not a bad album. OK, so the songs are by and large ones that Prince had sitting in the archives looking for a home. But even songs like "The Future" and "Vicki Waiting" while not terribly memorable are leaps and bounds better then the crap he's putting out these days.

It is not Purple Rain by any stretch of the imagination (can you believe I have still not listened to that record in full? Must remedy that soon.) and not even a Girl 6, but it is a half-way capable movie soundtrack and even works for me as a Prince album. I love the songs "Partyman" and "The Arms of Orion." Every now and then I get that line about "searching for a lover in the sea of tranquility" stuck in my head for completely unknown reasons! Even the crazy mash up of musical styles in "Batdance" plays well today, although it is slightly more than a novelty tune (the "Batman" sung in the style of the campy TV show cinched it for me.)

I don't know that this kind of venture - allowing one artist to completely do the soundtrack to a movie that they weren't in - would really fly very well today, although it has been done. Mostly, this album plays like good late 80s nostlagia, which is not an altogether bad thing.

There are some great lines in the '89 film. I need to rewatch it again. I do not have the soundtrack on my ipod, but wasn't "Trust" on there? Great song.

We will be checking out The Dark Knight probably next week due to the crowds. We are very "let's wait until next week" on the new movies. Oh, The X-Files: I Want to Believe comes out next week too. Can't wait!

Oh, and just to tempt the Most Purply One... I'm sure I'll be sued for commenting on a Prince-ish post! D'oh!

Say hello to Christian Bale for me!

"Trust" is on that one - that's a good one. Although my favorite song on there right now is "Electric Chair" if for no other reason than this lyric.

I think I want that engraved on my tombstone!

Mary--good thing Christian and I are like *this* so I'll be sure to pass on your well wishes when he attends the premiere of the movie in Carroll. ;)

I like the slushy Arms of Orion. I couldn't get enough of that when i was younger. Viva Sheena