If a blog falls in the forest... 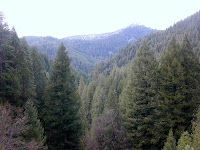 I sent an email last night to a dead man.

The other day, I found out that a guy I knew only virtually passed away. Or maybe he did. It's hard to say. Here's the story.

I "met" Keith on a men's issues list that I was really into a few years back. He lived in Michigan and was a fellow Madonna fan. His posts were incredibly articulate and well-thought out, which was a welcome relief from the usual posts - which lacked coherent thought as well as punctuation and sentence structure. We e-mailed off list a few times, not much, but enough for me to call him a "virutal friend." Although we were similar in many ways, we were exact opposites in a way that was huge for me at the time - I was a liberal Democrat and he was a staunch Bush-supporting Republican. But the similarities outweighed that huge difference and we had a pleasant online friendship, with frequent exchanges on the list and less frequent off list interactions.

Time passed. We moved to Ames. I changed e-mails and whenever I tried to e-mail him, he would attempt to e-mail me back and it would bounce from my gmail account back to him. I gave him my MSN address, and eventually got a reply from him, but for whatever reason, did not reply to it. By the time I got around to replying, his e-mail was dead and I figured I'd lost contact with him for good.

Fast forward to last summer, and for some reason, I found myself thinking about how Keith was doing. I went back to the men's list where we had initially met and put out an APB for him - if anyone knew how to get in contact with him. Kevin replied to me off list and had done a fair amount of Google-search and had found a couple e-mail addresses. I tried one and lo and behold, within a few days, I had a reply from him. This prompted a flurry of e-mails. He talked about how he had been blogging and I read his blog. I always knew that Keith had a past and something he was running from, but it wasn't until I read his blog that I fully realized how tortured by his past and his inner demons he was. I will not detail them here in the interest of his privacy. Some of the things that he detailed on his blog made me sad, other made me frightened but it was real and honest and in many ways refreshing.

Or was it? Keith had this habit of writing these long blog posts detailing some horrific event and then he'd add a caveat a few days later saying that he made it all up and something like how do you separate truth from fiction?

The last time I heard from him was August 14th. After that, the e-mails just dried up. I didn't really think too much about it until he started writing on his blog about how he had been diagnosed with a glioblastoma multiforme stage 4. His brain tumor was ridding him of his past, he wrote, so that he didn't have to dwell on bad decisions or choices that took him down a dark path. In ways, he was thankful for it.

When I read about this, I couldn't decide if this was yet another exercise in creative writing or if this was actually happening to him. I know, I'm probably going straight to hell for that, but given his track record on his blog, I was very doubtful that he was actually dying. While reserving a spot inside my brain for the possibility that he actually was dying, I figured that this was an elaborate cyber-death - a way of signing of of his blog with a bang rather than a whimper.

Well, the other day I went to his blog and there was an entry saying that Keith was gone and that he passed away two weeks ago. I presume it was written by his wife, but perhaps not - it could have been written by a friend or whoever. I haven't been able to independently verify his death by finding an online obituary or anything (Kevin, you have superior Googling skills than I do - perhaps you can?) but I'm willing to accept this as proof that he has passed. I e-mailed him, even though he had died, just saying Godspeed.

Wow...talk about "things that make you go hmmm"??!

I think your post reveals the artificiality the Internet has brouhgt to our lives. Anyone can essentially "be" anyone else and make up pretty much any details about their lives. And some do it for attention or for blog posts, but I guess we can never tell if something we see online is true or not. Me, I'm prob too trusting to question things I read on blogs and such. But then again, I'm naive that way and I know it. :) I guess I'd be in the same boat as you..not knowing whether or not to believe what you "see" about a friend.

Not that I wish harm on anyone, but I'd feel betrayed if suddenly it comes out that your friend is very much alive.

I have access to Lexis if you want me to check for an obit.

Strange days we live in!

I'm going to opt for the alternative that your friend's post was real. In that case, I'm sorry for your loss.

You know, we were never really what I would characterize as close, but he did leave an impression on me, that's for certain. Mostly, I think of his two young children left behind without a father (being a father myself that's hard to NOT think about.)

dude, what?! don't leave crappy little notes like this in your blog for me eventually to catch up with...use yer freakin' email! i'll look around...

That's awful. I too hope he found peace.