It hasn't been long enough 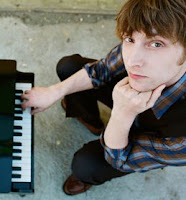 A few weeks back, Heidi went with our friend Jess to see Missy Higgins live at People's Court in Des Moines. But the biggest surprise of the evening was that she actually enjoyed the opening act more than the headliner. The opener was Eric Hutchinson, and as soon as she got home, she told me I needed to check out his music. Actually, I had already done that because I saw that Jess had updated her Facebook status to "...needs to check out some Eric Hutchinson when she gets home" or something like that. What I found is a singer-songwriter very much in the vein of Jason Mraz and Ben Folds (both of whom, for the record, I only sorta like) but with his own style lurking just beneath the surface. 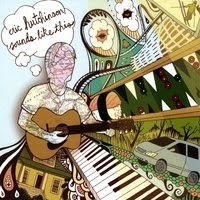 Apparently, Eric Hutchinson was signed to Madonna's now-defunct Maverick Records and his record was set to be released right as Maverick imploded and was absorbed back into Warner Brothers. Consequently, it didn't get released. But he finally has a full length album available called Sounds Like This and it is a great debut. It is a compact little record, clocking in at just under 38 minutes, which is so refreshing in the days of 79 minutes albums just-because-they-can. His song writing is quite good and the arrangements are catchy. It sounds like he doesn't have too much trouble with the collaborative process, which can be tricky sometimes for singer-songwriters because even though he is on an independent label, his debut is not self-produced. [Edit: Looks like his label is a subsidiary of Warner Bros., so it's not quite as indie as I thought.]

Highlights on the album for me are the opener "OK, It's Alright With Me", "Oh!" (which many have compared to something a young Billy Joel might record), and "All Over Now." But really, the whole album is solid.

Honestly though, if you want to know what sold me on Eric Hutchinson, it was the story Heidi brought home from the show. During the concert, he mentioned that one of his songs "It Hasn't Been Long Enough" would have been a good song for Cher in the Believe era. The audience was apparently unconvinced that Cher could turn this acoustic ditty into a disco stomper circa 1999 complete with vocoder. So he proceeded to prove it. (not from the Des Moines show, but still, you get the idea.)

A man cut from the same cloth as me (at least in that respect!) Now I wish he would record a full version of that!

I, on the other hand, am long enough.

It is vair vair true about D'luv. George Michael told me so.