As Heidi said in her version of this meme, she, Jeff and I all came up with these questions a couple weeks ago and we made a solemn pact to answer them on our respective blogs. You can see how that turned out. I have had good intentions, but... (that is going on my goddamn grave stone, I swear to God.) So because I have been sufficiently guilted into it and besides, it's damn fun, here are my answers.

1. What was your first CD? And do you still own it? 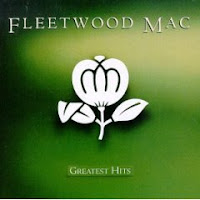 That would be Fleetwood Mac: Greatest Hits. This is the green 1988 one that compiled the best of the Stevie Nicks/Lindsey Buckingham period. I had been scrimping and saving money that year to put toward a CD player. Exactly where the money was coming from, I'm not sure. I had no job. I must have been selling my body. But anyway, my mom and dad ended up buying the CD player for the family for Christmas that year and this CD was one of my presents. It was wrapped in underwear so that I wouldn't be able to tell what it was. And I do still own it, although there are better Fleetwood Mac compilations out there now.

2. What was the last physical CD you bought? 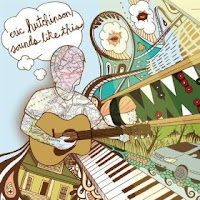 At first, I thought it was probably Hard Candy, but then I realized that it was Eric Hutchinson: Sounds Like This. Heidi went to a Missy Higgins concert this summer with our friend Jess and Eric Hutchinson was the opening act. Although they went for Missy, they almost liked Eric better! He's coming back to Des Moines mid-November and I have half a mind to go, but it's the same week as my return trip to Dolly Parton who is playing the Civic Center. My folks are both going to Dolly and they offered to buy me a ticket. Hey, I wasn't born yesterday.

3. Most memorable make-out to music moment?

This one is easy. It was early in our relationship and without putting too fine a point on it (I mean, seriously, I'm not much for airing THAT intimate of details) but I remember "Justify My Love" being on the CD player. And I remember thinking to myself..."Heh, it's "Justify My Love." That's one of those stories that you would swear I'm making up to get out of a potentially embarrassing question, but I swear on a stack of Bibles that it is the truth! 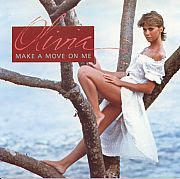 I have purchased shitloads of vinyl in my day. I was still buying vinyl back when it was no longer cool to buy vinyl. I also purchased a zillion 45s growing up. Shopping for singles was such great fun! But if I had to choose my most memorable vinyl, I would have to say it's the 45 of Olivia Newton-John's "Make A Move On Me." I remember seeing it at Sernett department store (the site of many a musical purchase) and then rushing home and BEGGING my parents to loan me the buck and half to buy the single. I think I had to babysit my brother and sister for a month to pay them back. I don't care, it was worth it. I still kind of like that song. Totally cheesy, but hey. And Olivia? What's with the mullet?

5. Biggest regret of a musical purchase? 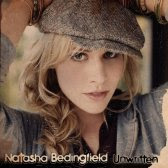 This is the hardest question of all of these for me to answer because I have certainly bought my share of shit albums. And I've sold off most of them and purged them from my memory. However, as Heidi alluded to, the purchase of music from iTunes has had a twofold effect on that. One - buying from iTunes is so. damn. easy. that it provides a fertile ground for impulse purchases and two - once you buy it, it's not like you can sell it back. The album that I purchased a bit impulsively on iTunes (based on a good review in either EW or The Advocate or something) was Natasha Bedingfield's Unwritten. I like a couple songs on it, but as an album, I don't know that I've listened to it all the way through. And then the song "Unwritten" became ubiquitous and I really had to wash my hands of her. I know plenty of people who really like her, but she's just not for me. 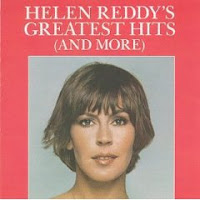 I'll have to say that it's my Helen Reddy. I remember Heidi giving me grief once about Helen Reddy on my iPod, saying that that was the pentultimate embarrassment on there. And yes, I admit, it's embarrassing. It would be different if I just had her greatest hits album on my iPod, but no. I have to go one (or two) worse and say that I actually have two of her studio albums that I purchased from iTunes. One of them (Reddy) is her disco album and the other (Imagination) is actually a little bit new wave. So why the Helen Reddy? I listened to the 8-track tape endlessly as a kid. So sue me. I loved it. 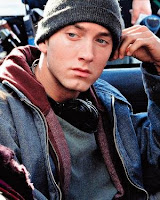 I own every single one of Eminem's albums, save the best-of album that he put out. This is odd because I really cannot abide by rap in any form. And plus, I'm not at all keen with Eminem's general homophobia and misogyny that shows up more often than not in his music. However, it's one of those things that I just can't explain. For rap, it is actually a little bit melodic and I find it at least a little bit lyrically clever. And sometimes, it is just what I need. I can't explain it, so don't judge me! A little bit of Eminem goes a loooooong way with me, but I am quite fond of "The Way I Am", "Kill You", "Drug Ballad" and "The Real Slim Shady." Yes, he has a potty mouth. Yes, he is not someone to look up to, I'm sure. But in many ways, the same things that make Madonna appealing make Eminem appealing. Just don't expect to see me at any of his concerts!