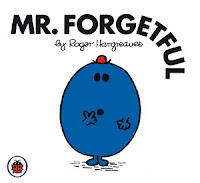 Today I got an email from Heidi with the following subject line: "just so you know..." These kinds of things always make me wince a bit because it's usually something that I don't particularly want to know, but am probably better off knowing. The body of the e-mail was something to the effect that if she ever murders me in my sleep, it will be because I forgot to start the dishwasher after loading it. To that I say, guilty as charged.

I am nothing if not forgetful and absent-minded. I am, as Heidi frequently refers to me, the original absent-minded professor. Truthfully, it's amazing that I can do my job because it requires a great deal of attention to detail and follow-through. Perhaps I channel my entire allotment of attention to detail and follow-through to my job, and then have none to spare for things like the dishwasher and hanging up my coat and keeping track of my car keys.

It is certainly not for lack of trying that things get missed and deadlines pass. Take, for example, today's dishwasher incident. I got the entire kitchen cleaned up before work. All the dishes that would fit in the dishwasher were in there. I handwashed the ones that did not. (I get an odd sense of satisfaction out of doing dishes. Call me crazy.) But after that, I was on to the next thing which was getting ready for work and the teensy weensy detail of starting the dishwasher just flew right out of my brain and into the ether. Which led to much cursing by my wife.

My tombstone will probably say something "Here lies Dan...'Oh, I meant to do that!!'" 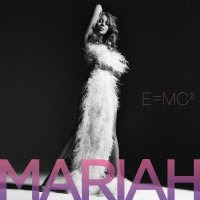 And in completely unrelated news, I think hell is frozen completely and utterly solid. Mariah Carey's new record E=MC2 leaked the other day. I listened to it against my better judgment and, I'll be damned, but it's not half bad. I still can't be bothered with the random rappers and other such shit, but there are songs with actual melody that Mariah does not beat into bloody submission with her vocal acrobatics. I haven't liked a Mariah album since the debut 18 years ago (which is still, IMHO, one of the best pop albums of the 90s.) While she's had some good songs, I have mostly been not all that much interested in the albums.

Believe me, no one is more shocked than I am.

I be lovin' you long time.

WATCH OUT FOR THE LAMBS. They're surely going to spit chips once they sniff out the scarecrow reference on here...