So things are a bit crazy around here these days. We went to Carroll yesterday for Emily's visitation. We went back to Carroll today to go to her funeral. We didn't spend the night at my folks' house because Heidi had to work this morning and we didn't want Anna to miss any more school than she had to. Tomorrow, we're driving to Cedar Rapids to see Heidi's grandfather who is having quadruple bypass surgery later this week. When it rains around here, it pours. But we're persevering well even though I am blitzed.

Hard Candy leaked over the weekend and I have listened to the whole thing. I am breathing a huge sigh of relief because it's much better than I was anticipating. Don't let "4 Minutes" fool you. It's not indicative of the rest of the record. Definitely R&B/hip-hop inspired, but still a pop record. There was much rejoicing. I'm sure I'll have more to say about this later. Shocker!!

My Black CD, Wonderful Life, came today from Amazon Sellers! YAY! I will have to load that on my iPod before too much longer here.

I have lost my car keys but good somewhere in the house. I truly am running out of places for them to be. This is very disturbing.

I found this game at my folks' house today. Watching Return of the Jedi last week made me think of it. I can't believe they still had it. 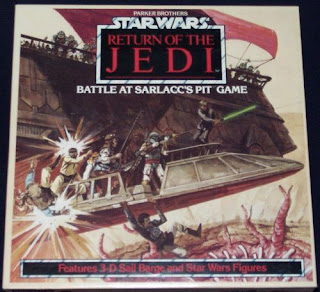 It is actually worth quite a bit of money as it was not produced for very long, but sadly mine is not in great shape as is the case with most of my childhood toys. They just were played with too much! 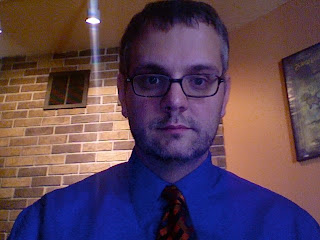 Look now, because it might be the last time until the next funeral. Or, as Heidi more optimistically pointed out, the next wedding.
Posted by Dan at 4/21/2008 09:07:00 PM

Funerals can be a very hectic time for everyone, family and friends. Travel safely, okay?

I am looking forward to your Hard Candy comments! I posted some thoughts (ok, a lot of them!) today so if you have some time, lemme know what you think.

Oh, how is the Black CD? I've only heard the one song from them.

Hope everything is well with you guys. *hugs*

Looking forward to reading your comments on HC. Hopefully I'll find some bloody time to make some of my own!

Lookin' sharp, dude! Truth be told, I hate ties too.

I had to wear a tie too, but thankfully it was for a wedding.

Hope all is well with the bypass. Quadruple is a lot!