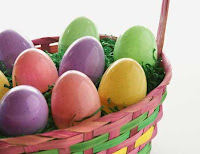 Clearly, I'm shooting for once weekly blogging. What can I say - life's been busy.

It's a beautiful Easter weekend here in central Iowa. Mostly, I dislike Easter. I don't like the candy and I color eggs with my own child rather begrudgingly. Thankfully, we had our friends Jan & Sarah and their 4 kids over last night to be Anna's surrogate cousins so that she doesn't have to color eggs with two adults who would really rather just skip the whole darn thing. Still, I was a Lutheran long enough to still feel a little bit like I should get up at the crack of dawn tomorrow morning to be at a sunrise service followed by breakfast of powdered eggs and orange juice.

The previously mentioned Leafguard gutters have been installed on the house. As I have been saying this week, they look like a million bucks and cost just slightly less than that (okay, significantly less than that, but it sure felt like it.) Every now and then I remember that I won't be getting back up on the roof to clean out gutters and I almost can't believe it. Ridding the gutters of dirt and fledgling plant life has become such a part of my life that I can't imagine not doing it again, but thanks to Leafguard, those days are over. The guys who did the install were pleasantly surprised at how level the house was considering how old it is. When they first pulled up, they thought they'd be here a full two days installing, but in the end, they spent two half-days. Not bad.

We're heading to Des Moines in a bit to go pick up our iPad. I've transferred a lot of my excitement and anticipation from my computer (put off indefinitely for the time being) to the iPad. I've read a lot of rave reviews but am trying to temper my expectations a little bit. A part of me thinks that it is folly to buy a piece of technology before they have any chance to improve it, but I'm willing to take the chance. Of course, the Apple naysayers are out in full force saying it doesn't play YouTube (it does) and it doesn't have Flash (it doesn't). I still can't believe it can't multi-task, but I'll get over it. 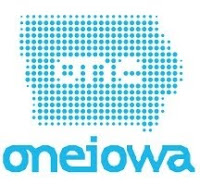 A year ago today, the Iowa Supreme Court ruled on Varnum vs. Brien and Iowa became the third state in the US to grant equal marriage rights to all its citizens. Despite the predictions of social conservatives, the sky has not fallen nor has heterosexual marriage been threatened or cheapened. The Democratic majority in both chambers of the Iowa Legislature effectively prevented a vote on a constitutional amendment overturning the decision, so the earliest a vote could come up is 2014. This will certainly be a campaign issue in both the gubernatorial and legislative races in November, but lest we forget, Iowans don't really care about this issue as much as the Iowa Family Policy Center thinks they do - not when there are other things they care about much more. The winds of change are blowing. My prediction is that by 2014, even if it did come up for a vote (which it shouldn't), a constitutional amendment would be soundly defeated.

i love your (and Heidi's) commitment to gay marriage. makes me proud to know you. hope that didn't sound patronising?!

Anyway, do do do give new Doctor Who a try. It's rather marvelous. The upcoming stuff looks entirely marvelous