Back in February, P.Viktor and I made lists of Madonna songs that should have been singles, and we had such a good time that as soon as we finished that post we were already trying to figure out what our next joint post would be. We tossed around several ideas - many of which we will probably get to as the year goes on - but a Twitter conversation about the Orbital remix of "Bedtime Story" made us realize that the next post had to be about Madonna's remixes. I used to be all about remixes, but as I've gotten older, they pack a significantly smaller punch than they used to, especially considering the sheer volume of crappy fan-made ones. But trying to narrow it down to five choices proved impossible, so we went with 10 each. I'm going to post mine in two parts to diminish the chances that people will see a long post and just skip it. P.Viktor did his as a podcast, which you can find here. And now, here's my first five in no particular order (title hyperlinks are to YouTube videos when I could find them): 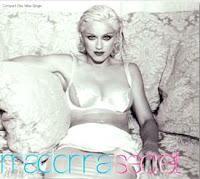 Up until the mid 90s, most of Madonna's remixes (and most remixes in general) were nothing more than extended album versions, only occasionally shaking the song up and adding in previously unheard bits. In virtually no instance did the song completely transform before your eyes. This changed with the Junior Vasquez remixes of the kick-off single from 1994's mostly-meh Bedtime Stories, "Secret." The urban R&B groove is stripped away, and seconds after the 90s club piano starts, you know that this is most definitely not the album version. The tempo is kicked into high gear and Junior patented hand claps are all over the place. While the song is definitely ready for the dance floor in this form, it has a good dose of respect for the original version of the song, which is still one of my favorite Madonna songs. Even though it uses Madonna's original vocal, it is so much more than the album version with a generic beat box thrown behind it.

2) The Beast Within (A!O Words of the Prophecy Mix) 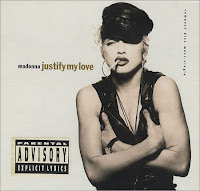 "The Beast Within" is itself a remix of sorts. The last track on the "Justify My Love" CD maxi-single, it's an interesting and somewhat self-indulgent track which alternates between Madonna reading from the book of Revelation and the chorus of "Justify My Love." It was always a bit of a head scratcher for me, but it intrigued me because I love Madonna's speaking voice on it. Madonna apparently also really likes it because it's been featured on two of her tours. While researching this post, I realized that I had completely forgotten about the "Synagogue of Satan" mini-controversy that blew up around "The Beast Within." So many controversies, so little time.

This fan remix completely omits any "Justify My Love" mention and instead, samples in the 45 second song that Madonna submitted as the theme for the extremely short-lived TV series "Wonderland." The sample is nothing but Madonna humming (which puts me in heaven) and the effortless juxtaposition of the two unrelated songs never ceases to amaze me. 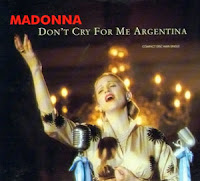 Released back in the days prior to the massive fan sharing of leaked tracks, these remixes were so heavily sought after by me that when I did finally find the import CD single in an Iowa City record store, I almost didn't believe I had found them. Perhaps knowing that it would be required by law for her to record a dance version of the best known song from Evita, an 8-months pregnant Madonna went back into the studio to completely rerecord the vocals and what resulted was something that I can't really imagine dancing to but is amazing nonetheless. Accentuated with a heavy Latin beat and and the cries of the descamisados chanting "Evita! Evita! Evita!" it was instantly campy yet utterly fantastic. These remixes were the buzz of the fan board I was on back in early 1997, but were only available on import discs. By the time Warner Bros. got around to releasing them here in the U.S., most fans had already snapped them up and sales were not that great. Still, it managed to eke out #8 hit on the Hot 100 which is not too shabby considering it got pretty much zero radio airplay. 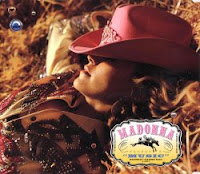 for me. Between the 9 official remixes of "Music" and the 10 zillion fan made ones, you could easily listen to "Music" all day every day for at least a good couple of months. The trouble is, most of the remixes of what is a very important song in her career are not that good. I think that most of them suffer because the original song is so perfect - perfectly simple and short, one of her latter-day classics worthy of the canon. But the Young Collective Club Mix from the Music CD maxi-single rises to the top of the pile for me. At a nearly interminable 13:18, it tries even my patience. Yes, it gets more than a little thump-thump-thump than I think I would have liked, but it's one of the few remixes of "Music" that I felt like really respected the original song, using most of the lyrics rather than ignoring the verses in favor of the chorus. Other remixes did more original things with the instrumentation, but at the end of the day, it's this straight forward club mix that is the definitive remix of "Music" although the "Music Inferno" mash-up really gives it a run for its money. 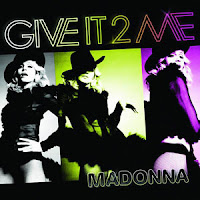 I think it's funny how what I perceive to be Madonna's worst albums (Bedtime Stories, Hard Candy) have produced some of the best remixes, whereas her best work has translated very poorly into remixes (see pretty much all the Confessions remixes.) Nowhere is this more apparent than with the Oakenfold remix edit of "Give It 2 Me" which was available with the pre-order of Hard Candy on iTunes. As I have said before, this remix turns a somewhat clunky attempt at R&B into the dance song it should have always been. It also removes the horrific "get stupid get stupid get stupid" bridge. This version of "Give It 2 Me" was an essential song when Heidi was writing Double Blind (which is released on April 9th!) so now even Anna knows it. It's remixes like these that really make me think about what could have been with Hard Candy if she had decided to stick with her more traditional dance/pop route rather than do what she did. Based on this remix, it would have been heaven.

I'm really liking this Beat Within mix that I can completely unfamiliar with him. Interesting the way Wonderland is spliced in there - lifts the song completely. Great write up - as usual!

I think i'd plump for the Miami mix of Don't Cry For Me Argentina because it totally made the song something new and utterly invigorating...

Hi,
I have heard this WE a mix from Erotica. Madonna was whiping a guy on the Eroctica lyrics (Spoken)!Do you have an idea where I could find this mix?
Thanks
Please answer to my mail goforitgoplay@gmail.com