Part two of this post has been delayed due to illness - whatever I caught knocked me flat. Part one of this is here. Hopefully, you've had a chance to listen to my co-blogger P.Viktor's podcast on his 10 favorite Madonna remixes. Anyway, here's my final five as always, in no particular order. 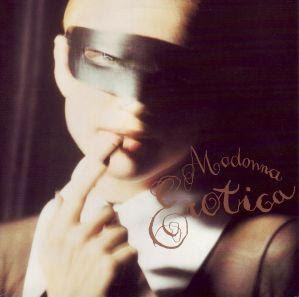 "Erotica" is such an odd song. When I first heard it, I felt like it was the bastard cousin to "Justify My Love." If you listen to the original demo, ("You Thrill Me") you wonder what would have happened with the song had they continued in that vein. And then there was the Sex book version of the song. Included as a one song CD with the purchase of the Sex book, it had even saucier lyrics than the album version, but for me, they're the definitive version.

William Orbit, in one of his first collaborations with Madonna, took that version of "Erotica" and gave it a Middle Eastern trance feel that is lacking in the original album mix. Sadly, it still does not allow Madonna to finish the famous line "I'll give you love, I'll hit you like a truck/I'll give you love, I'll teach you how to...." (rhymes with truck). If any version of the song really demands that, it's this one. 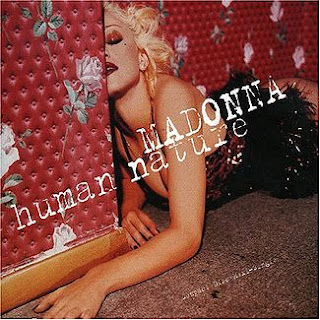 I still think "Human Nature" was such an odd choice for a single. The fourth single from Bedtime Stories, it followed Madonna's first single to miss the top 40 since her debut, so the momentum was certainly not there. Also, it's her big "fuck-off" song for the brutal treatment she got from the press during the Erotica years. Still, I do like the song and this remix in particular is quite good. It is a pretty straight forward club mix with heavy beats and some great piano glissandos (what was it with pianos and 90s dance music?) The whispered/spoken parts of the vocals are featured prominently and repeatedly. I think what I liked most about this single release was the large number of remixes, how different they were from each other and how Madonna resisted the temptation to go to the Junior Vasquez well one more time. Junior's work on "Secret" was great, but his remix of "Bedtime Story" sounded pretty much the same (thank goodness for the Orbital remix.) I remember many fans discussing how pissed they were that Junior turned "Bedtime Story" into "Secret." You'll find no such trouble here. Even though a lot of fans prefer the Human Club Mix, The Runaway Club Mix still sounds good today even if you really can tell it's a 90s remix.

3) Miles Away (A Crowd Electric vs. Madonna) 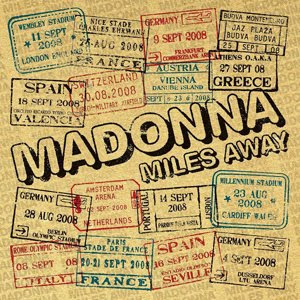 By the time "Miles Away" was released as a single from Hard Candy, I had kind of lost interest in the album even though it was one of my favorite songs on the album. As other people have said, it's the most "Madonna-sounding" song on Hard Candy, but I always felt like it was better off as an album track since it had zero chance of getting played on the radio. When I heard the official remixes, I was horrified. They were awful, even Stuart Price's remix was below average. The mistake they made was trying to turn what is basically a bittersweet mid-tempo ballad into a dance floor stomper. Sometimes it works, but this time, it fantastically didn't.

Enter A Crowd Electric who, using the a cappella that WB released, mashed it up with one of their songs ("The Waiter") and turned it into something that was a little more true to the spirit of the original song. They made it available for download on their web site. It was heads and shoulders above the official remixes. And then WB got their panties in a bunch and forced them to take it down, even though they had released the a cappella so what were they expecting? Glad I grabbed it while I could because it has been in heavy rotation in preparation for this post. 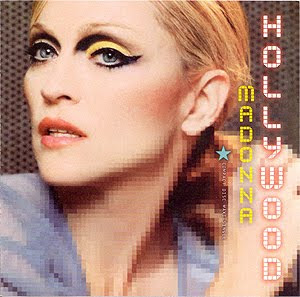 The trouble with so many of these latter-day singles is that barely anybody outside of the die hard fans have heard of the songs, let alone the remixes. Such is the case with "Hollywood," the second single from American Life. I don't know if this remix was the first time that Madonna worked with Stuart Price, but his remix of this song really changes up the song. Of all the remixes on my list, it's the one that uses the smallest chunk of the original vocal - something that usually drives me batty. Nothing makes me crazier than a 12 minute remix with 1:30 of vocals. But this one really works. It hints at things to come when Madonna worked with him on Confessions on a Dance Floor. It was also version of "Hollywood" that Madonna used on the Re-Invention Tour. Of all the remixes to come out of American Life, I think this is probably the only one worth anyone's time. 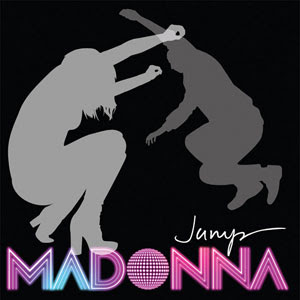 Rounding out my favorite Madonna remixes is the only remix from Confessions on a Dance Floor to make the list. As P.Viktor alluded to in his podcast, the vast majority of the songs on COADF needed no remix to improve them - most were perfect just the way they were. The output that Madonna had with Stuart Price puts him just one notch below Patrick Leonard in terms of being her musical muse. "Jump" is one of my all-time favorite Madonna songs. Its simple dance beats surround a message of self empowerment which I find very personally inspiring. But if there's any criticism to level against "Jump" it is that it always felt like it was a little bit too short. So what did Madonna do? She gave us the first honest-to-God extended remix of a song since probably "Bad Girl" and the result was glorious. This remix basically is the album version with the Confessions Tour outro tacked on. It took an already great song and made it perfect. It's my preferred version of the song.

This is great Dan and I've updated my site with your link - hope you are feeling better.

I really like the Crowd Electric remix. It would be very difficult for me to make a list like this. As you have said, many of her "official" remixes are horrid and completely unlistenable. Anything over 7 minutes is pretty much a dud for me...my attention span is not what it used to be. LOL.