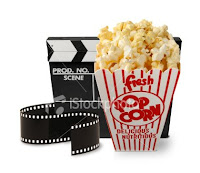 Audience participation time!! Heidi did this a while back, and I always meant to do it. What better time than a lazy (EXCEPTIONALLY lazy) Saturday afternoon to do it. Here's the rules:

1) I've thought of 15 of my favorite movies and found quotes for each at IMDB. These are posted in the body of the post.
2) Try to guess which movies these are from. Put your guesses in the comment section. When someone guesses the movie, I'll add the movie name and the person who got it right. (No fair using IMDB to find the answer or using Google)

Also, try to limit yourself to three if you know a majority of them.

On with the show - these really are 15 of my favorite movies. You can ask Heidi if you don't believe me.

Movie #1:
Queen Elizabeth is a man! Prince Charles is a faggot! Winston Churchill was full of shit! Shakespeare's French! (An American Werewolf In London guessed by Adem)

Movie #2:
Character 1: He's a very strange young man.
Character 2: He's an idiot. Comes from upbringing. His parents are probably idiots too. Lorraine, if you ever have a kid that acts that way I'll disown you. (Back To The Future, guessed by Heidi)

Movie #3:
The organizing principle of any society, Mr. Garrison, is for war. The authority of the state over its people resides in its war powers.

Movie #5:
You are not the kind of guy who would be at a place like this at this time of the morning and, though the details are fuzzy, you cannot say that the terrain is entirely unfamiliar.

Movie #7:
Character 1: Life isn't that simple. I mean who cares if Ling Ling returns the wallet and keeps the money? It has nothing to do with either fear or love.
Character 2: Fear and love are the deepest of human emotions.
Character 1: Okay. But you're not listening to me. There are other things that need to be taken into account here. Like the whole spectrum of human emotion. You can't just lump everything into these two categories and then just deny everything else!

Movie #8:
Something has attached itself to him. We have to get him to the infirmary right away. (Alien, guessed by Randy)

Movie #9:
Character 1: As usual, she has the last word.
Character 2: Does she? Does she? (Mommie Dearest, guessed by Randy)

Movie #10:
Oh I know what y'all really want is some gross caricature of a woman to prove some idiotic point that power makes a woman masculine, or masculine women are ugly. Well shame on you for letting a man do that, or any man that does that. That means you, dear. Miss Marshall. Shame on you, you macho shit head. (Tootsie, guessed by Yuri)

Movie #11:
Have you ever heard the expression "kissed by a muse"? Well, that's what I am. I'm a muse. (Xanadu guessed by Ryan)

Movie #12:
Character 1: Why do you have to insult everybody?
Character 2: I'm being honest, asshole. I would expect you to know the difference. (The Breakfast Club guessed by Matt)

Movie #14:
I knew you'd piss on it. Go on, just piss on it alright. A raise says like you're good, you know? You know how many times someone told me I was good in my life? Two! Twice! Two fuckin' times! This raise today, and dancing at the disco! (Saturday Night Fever guessed by Matt)

Movie #15:
Do you know more people die in the East Bay commute every three months than that idiot ever killed? He offed a few citizens, wrote a few letters, then faded into footnote... Not that I haven't been sitting here idly, waiting for you to drop by and reinvigorate my sense of purpose.

2. Back To The Future

I think I know #5, but I'll wait. I suspect the answer to #14, too, but I ABSOLUTELY know #9. I will leave it to someone else in the Scooby Gang to identify it, though.

#12 is the Breakfast Club

#1 is An American Werewolf in London, one of my all-time-faves :)

dan...Ryan here... number one is American Werewolf in London....talk to you later...