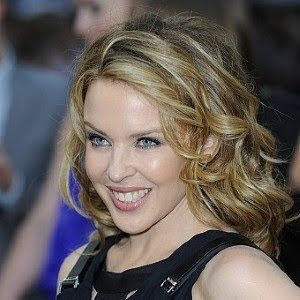 I was expecting to have to travel to see this show. As my friend Kyl said, we weren't exactly expecting her to play Wells Fargo Arena. I really didn't even expect a Minneapolis or Kansas City date. But the fact that there isn't even a Chicago date really burns me up. The argument has been made that she played Chicago on the last mini-tour in 2009, so she's skipping it this time around. OK, if that's the case, skip New York, L.A. and San Francisco as well.

The cities that she is playing really seem very random. Yes, all the major coastal cities are included - San Francisco, L.A., Boston, New York, Washington - but when you look closely at it, some of them make no sense whatsoever. I take exceptional issue with the fact that she is stopping in Atlanta, Orlando AND Ft. Lauderdale. What the hell? Three stops in two states but not a single one in the Midwest? And I know that Texas is practically its own country when it comes to size, but both Dallas and Houston? But still no Chicago.

Heidi and I were talking about it last night. OK, we were kind of spazzing about it, but give us a break. Heidi is staunchly opposed to flying, so the most reasonable city for us to go to is Dallas which is, oh, a THIRTEEN HOUR DRIVE from here. Doable, but is it really?

There are so many unknowns in this anyway. I may not be able to get the time off work. We may not even be able to get tickets. Then there is always the very real possibility that we simply won't be able to swing it financially. It's one thing for me to hop in an airplane and fly in for a concert, but when you factor in all three of us and meals and accommodations and what not, it gets pricey in a hurry.

I can't be mad at cute little Kylie, I mean really, how can you be? But the fact that I stand probably a 25% chance of seeing her live does burn my butt a little bit.

I hear you - 2 years ago, I never thought Kylie would ever grace our shores, but she did and now she's back. It leads me to believe she'll make North America a part of most of her tours from now on. Yet, there seems to be an urgency about this one.

I can't believe she is skipping Chicago, maybe because of the awful venue change at the last minute before. It sucked but I would assume they would get it right this time around. I have to go to Atlanta to see her? I don't think so.