I will admit to not knowing a terrible amount about what's going on in Egypt right now. I'm actually quite eager to ask my native-Egyptian coworker tomorrow what her take on all this is. It seems like the world is just going to hell in a handbasket these days. Even a couple of years ago, that would have caused me great anxiety. Now I can look at it from a comfortable distance, recognize that it's probably a big deal, but then realize that nothing I can do - least of all worrying about it - can alter what is going to happen. If only I had been able to do that in late elementary/junior high when I was sure that Russian nukes would rain down on us in the middle of the night! From the sounds of it, events over there are shaping up to be similar to the Islamic Revolution in Iran in 1979, minus the Islamic component. But then again, who really knows? 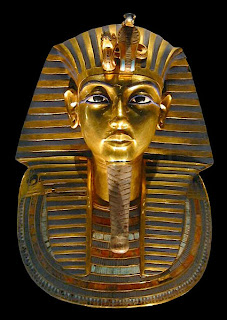 t was with great interest that I read about the security of all the Egyptian artifacts in the Cairo Museum, which is not far at all from the epicenter of the riots and protests. I remember seeing a documentary once that mentioned how a lot of the artifacts were not under the most ideal of storage in the museum to begin with due to structural defects in the building, but I could see something like what is currently going on over there causing irreparable damage to things that represent 4,000 years of history. Like many other people, I thought of all the treasures recovered from the tomb of King Tutankhamun as many of those are among the most iconic of Egyptian antiquities.

I remember seeing a touring exhibit of The Treasures of Tutankhamun in 1977 when I was five years old. If memory serves me correctly, my dad had gotten discounted tickets through either his work or somewhere and even though we were living on a teacher's salary in the 70s, we found the money to go. It was showing at the Field Museum in late summer and this trip to Chicago is one of my earliest memories of a vacation. My brother got to stay with my grandparents, but I was lucky enough to get to go. I still remember my dad carrying me around on his shoulder, sharing the earpiece with me so that I could listen to the descriptions of the various items. You couldn't take any photos in the exhibit itself, but I can remember the golden funeral mask like it was yesterday - it was the centerpiece of the exhibit. When another exhibition toured the U.S. in the mid 2000s, stopping again at the Field Museum in 2006, I really wanted to try to get to it again but time and circumstance really didn't allow for it. As it turns out, the previously mentioned golden funeral mask was not on that exhibition, as the Egyptian government has decided it is to fragile to withstand the rigors of international travel. So I guess I'm glad I saw it when I did, as the chances of me getting to Egypt are pretty damn slim.

So far, looters have smashed a couple of mummies and damaged some displays. It was initially thought that the artifacts of Tutankhamun were untouched, but this blog shows that this may very well not be the case. The museum is now under 24 hour armed guard, but who knows if it can withstand angry rioters and looters.

Nothing I say or do can change what will happen, but I can only hope that 4000 years of history isn't flushed down the drain during what looks very much like an Egyptian revolution. All of that history is irreplaceable and if it is lost during this time of unrest, it will be a sad state of affairs.

I will say, that if the golden mask had looked like this when I saw it in 1977, I would have been scarred for life. 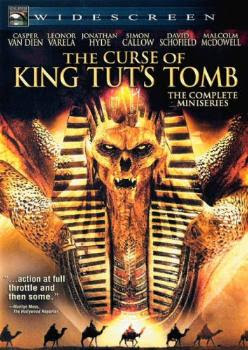